Burundi's latitude and longitude is 3° 30' S and 30° 00' E . Below is the map of Burundi showing major towns, roads, airports with latitudes and longitudes plotted on it. 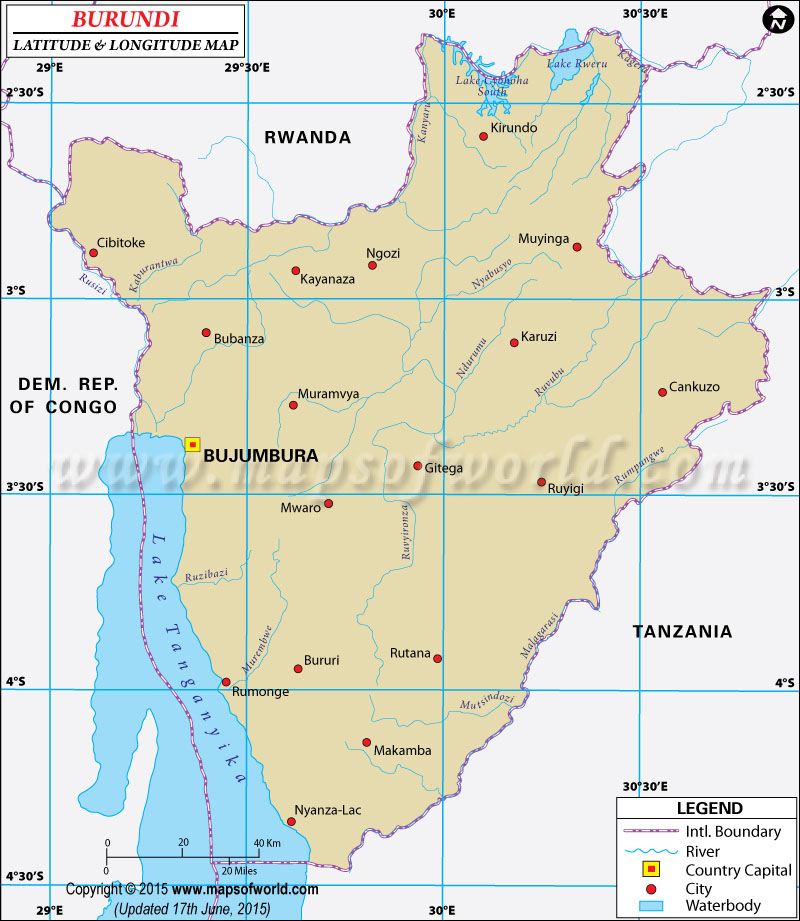 Situated in the eastern region of Democratic Republic of Congo this country occupies more over 27,800 square kilometers of Central Africa. The terrain of Burundi is featured by crags and mountains. Some plain lands are found in the upland region of the eastern part of the country. The altitude of the plateau ranges from 772 miter to 2,670 miter above the sea level. The latitude and longitude of Burundi contributes a great to its weather. The climatic condition of Burundi is primarily characterized as 'equilateral'. Usually the yearly standard temperature alters from 17 degree centigrade to 23 degree centigrade. The average yearly precipitation of Burundi is approximately 150 centimeter. Bujumbura is the capital of Burundi. It is located at 3° 23' S and 29° 22' E.