Hackney, one of the boroughs of London is located in East London area. This borough was created in the year of 1965. In the western border of Hackney there are… 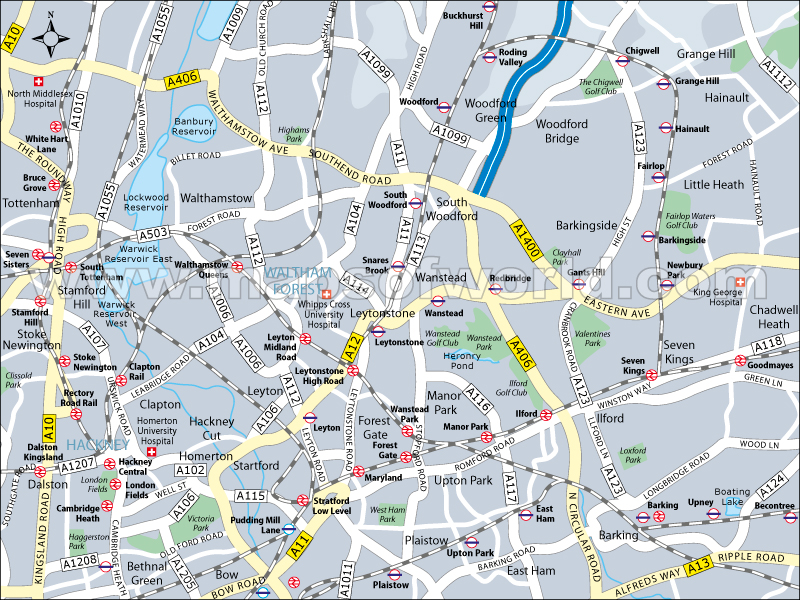 Hackney, one of the boroughs of London is located in East London area. This borough was created in the year of 1965. In the western border of Hackney there are Ermine Street and the Roman Road.

The River Lee forms the eastern border of London Borough of Hackney.

The total land area covered by Hackney, London is equal to 19.06 square kilometers (approx). The geographical coordinates of Hackney, London are 51° 32′ 60″ N latitude and 3′ W longitude. The culture of the place is very diverse. The tourists to London can visit Hackney Empire, which is a music hall.

The various ethnic races inhabiting Hackney borough of London are White, White Irish, White British, Mixed Race, White Non-British, South Asian, Chinese and Black British. Christianity is followed by majority of the population. Besides, there is also a section of Muslim and Jews in Hackney. There are many movie halls and theaters at Hackney. The conserved parts of Hackney shield the Victorian and Gregorian buildings. London Borough of Hackney has about 329 hectares of green space including eight parks.

The people of Hackney are sports loving. Popular games include rugby, hockey, cricket and kite flying. Every year kite festival takes place at Hackney. Various types of water sports are also played at London Borough of Hackney. There is chain of restaurants at Hackney that range from Carribean, Italian, Chinese, Turkish, Vietnamese and many more. Wide range of fruits is also sold at Hackney. Broadway Market, close to central part of Hackney, which has many restaurants and posh food stalls, is popular with the people.

There are a number of wards under the borough of Hackney. These borough wards are:

Some of the attractions of Hackney are as follows:

Hackney is well accessible from the nearby cities and towns of Stoke Newington Upper, Hoxton, Clapton, Bow, Shoreditch, Bethnal Green, Whitechapel, Leyton, Stepney and Limehouse. The nearest airports are Biggin Hill, City, North Weald and Northolt. It has been planned by the authorities that in the year 2010, Hackney would be linked by tube network with stations at Dalston Junction, Shoreditch High Street, Haggerston and Hoxton. Many movies are also shot at Hackney.