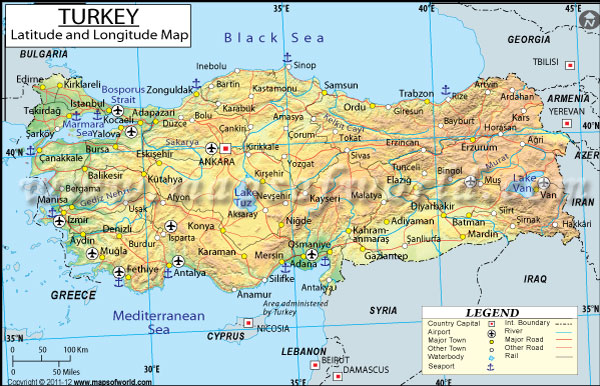 The Republic of Turkey is located on the geographic coordinates of 39.1667° N latitude and 35.6667° E longitude in Asia.