Eswatini(Swaziland)'s latitude and longitude is 26° 30 S and 31° 30 E. Below is the map of eSwatini (Swaziland) showing major towns, roads, airports with latitudes and longitudes plotted on it. 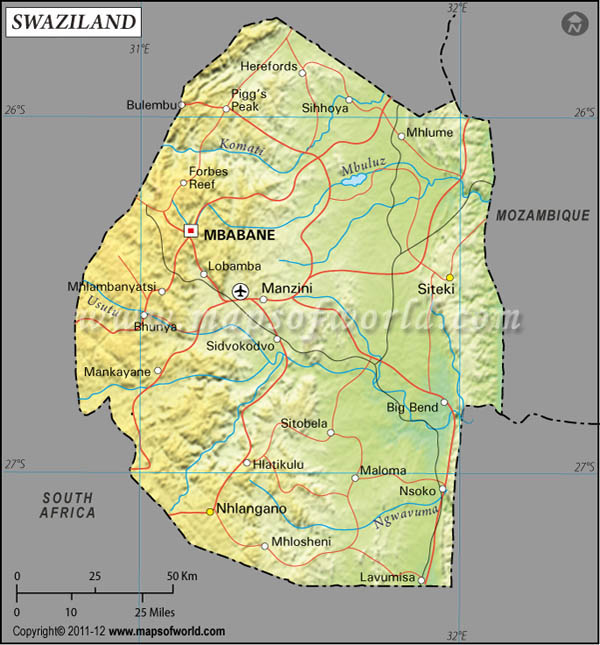 The latitude and longitude denominations of eSwatini (Swaziland) provides it with a climate that is tropical for most part of the year but sometimes the temperatures border towards a temperate kind of climate.