Ireland's latitude and longitude is 33° 00' N and 44° 00' E . Below is the map of Ireland showing major towns, roads, airports with latitudes and longitudes plotted on it. 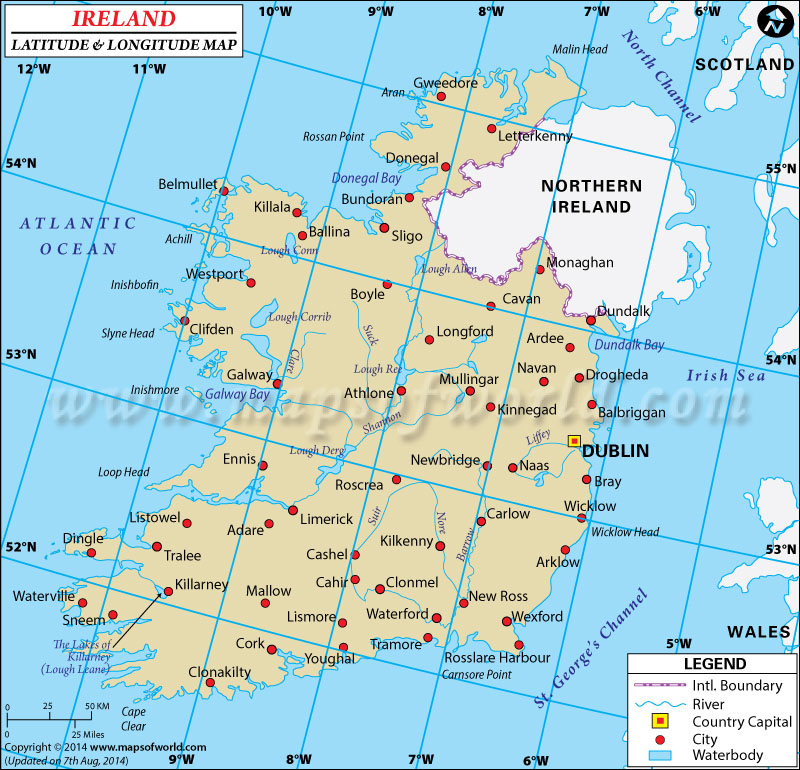 The geographical alignment of Ireland indicates latitude of 53° 00' N and longitude of 8° 00' W. The particular latitude of Ireland suggests its location in Northern Hemisphere. The country of Ireland has integrated the five-sixths part of Ireland Island amid the North Atlantic Ocean. This terrain is located to the west of Great Britain.

The country of Ireland contains 70,280 square kilometers of area in the Western region of Europe.

The gently sloping plain land of this country is encompassed by hills and crags. Numbers of marine cliffs are found on the western coastal zone.

The latitude and the longitude of Dublin the capital of Ireland are 53° 20' N and 6° 15' W respectively. The time followed in Iceland is as per UTC (0).