Haiti's latitude and longitude is 19° 00' N and 72° 25' W . Below is the map of Haiti showing major towns, roads, airports with latitudes and longitudes plotted on it. 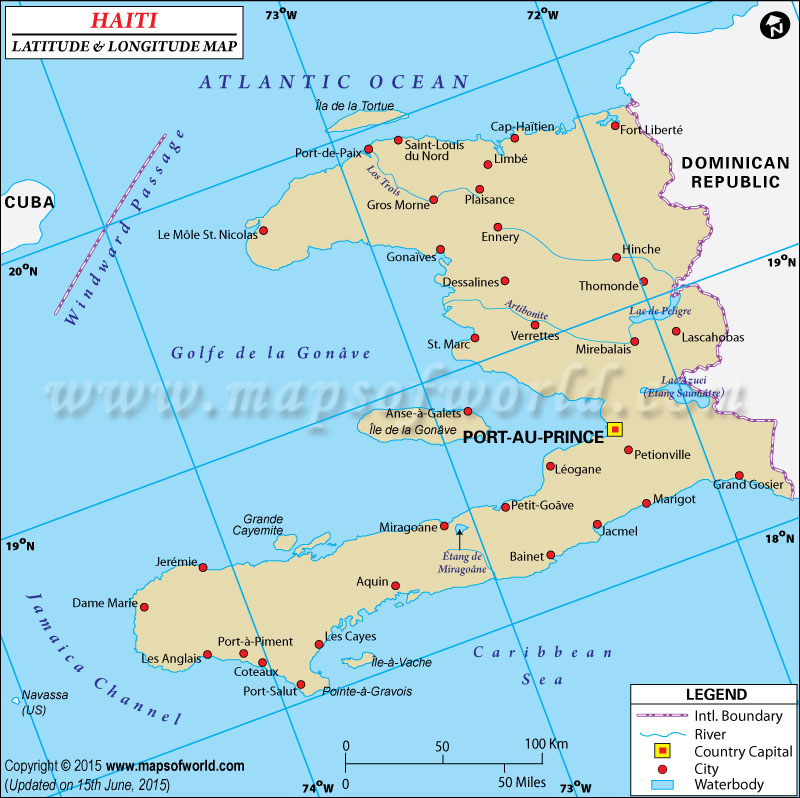 The latitude and longitude of Haiti is 19º 00' N and 72º 25' W respectively. It is located in Caribbean island and lies between the Caribbean Sea and North Atlantic Ocean.
The total area is slightly smaller than that of Maryland. Port-au-Prince, the capital, is located on 18º 32' N and 72º 20' W latitude and longitude respectively. There are 10 administrative departments in Haiti and is in the same time zone as Washington DC during Standard Time.

The total area of Haiti is 27,750 square kilometers with a coastline extending up to 1,771 kilometers. The terrain of the region is mainly rough and mountainous. The climate of Haiti is mostly of tropical type though areas where mountains cut the trade winds are mainly arid in nature. Since Haiti lies in the middle of the hurricane belt, the area is subject to severe storms from June to October. The region is even threatened by occasional flooding, earthquakes and periodic thoughts.