Gambia's latitude and longitude is 1° 00' N and 11° 45' E . Below is the map of Gambia showing major towns, roads, airports with latitudes and longitudes plotted on it. 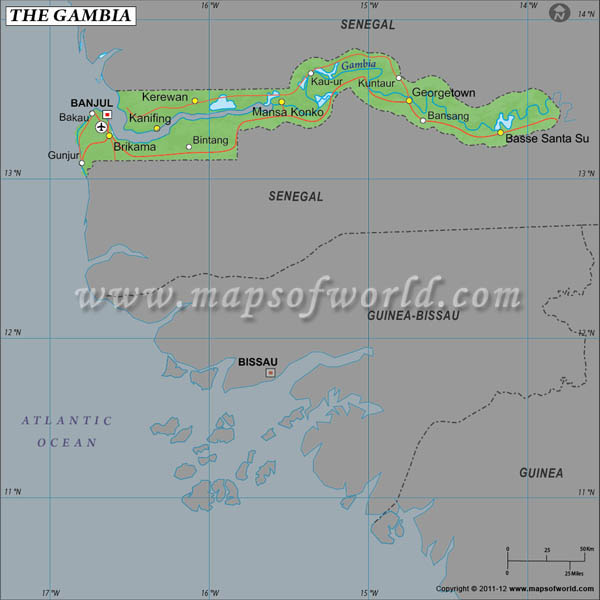 Due to its geographic location, the climate of Gambia is tropical. The period of June to November is the time for the distinctive hot and very humid rainy season. The months of November to May bring considerably pleasant weather when it is cool and dry. Gambia has a low lying terrain, the plains get flooded by the River Gambia every monsoon. There are some low hills in the region as well.

The population of Gambia stands at 1,688,359 according to current estimates. The Gambian population is mainly composed of ethnic African tribes like the Mandinka, the Fula, the Wolof, the Jola and the Serahuli.