Finland's latitude and longitude is 64° 00' N and 26° 00' E . Below is the map of Finland showing major towns, roads, airports with latitudes and longitudes plotted on it. 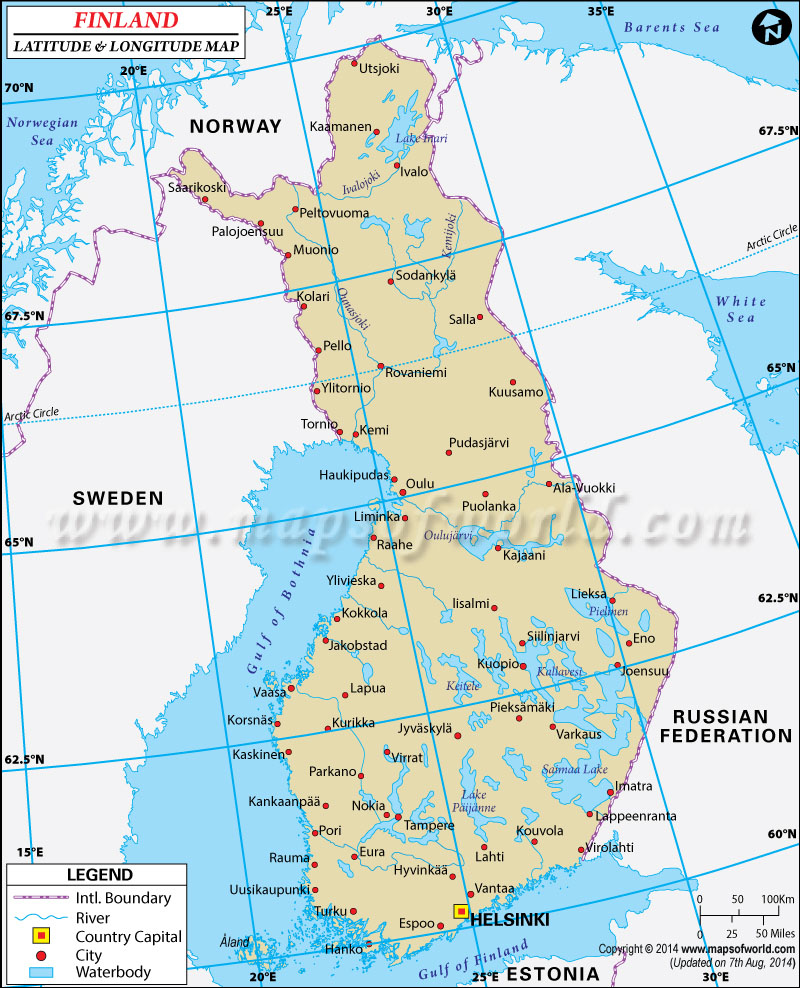 Finland gets its name from the Germanic Finn, meaning Hunter. Within its geographical coordinates the Scandinavian country of Finland has an area of 338,145 square kilometer. Out of this 33,672 sq km consists of water bodies. There are around 187,888 lakes of varying sizes in Finland.

Because of its geographic location, Finland is subject to an almost sub-arctic weather; however the climate is typically temperate because of the presence of the Warm North Atlantic Currents near its coast. Finland has a flat, low lying terrain out which 6°54% is fertile land. The highest point is the Haltiatunturi with a height of 1,328 m.