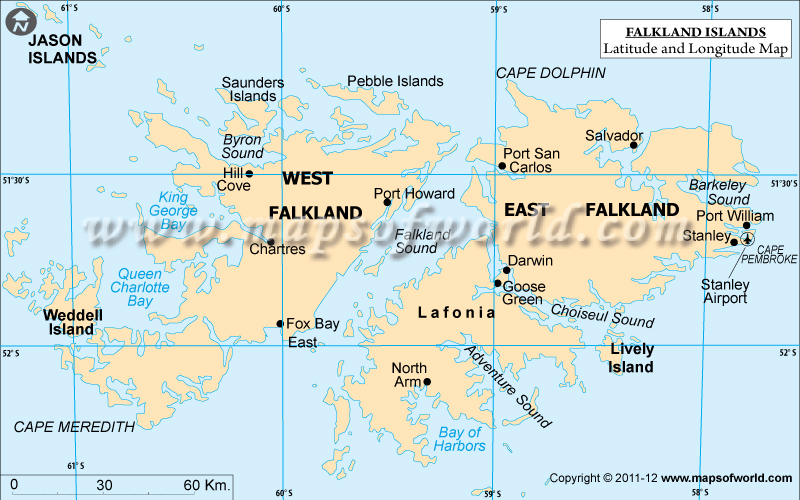 The Falkland Islands , which is a part of the South American continent and occupies a small part on the continent's southern coast, lies in the South Atlantic Ocean because of its latitude and longitude denominations of 51° 45 S and 59° 00 W respectively.

The latitude and longitude demarcations of the Falklands Islands makes it lie further to the east of the southern part of Argentina. Long under the rule of colonial powers like Britain, Spain and Argentina, the country has now set up a self-rule system but is still an overseas territory of the U.K. The capital city of Stanley , that lies in the eastern Falkland Islands occupies the latitude and longitude of 51° 42 S and 57° 41 W respectively.

The latitude and longitude denominations of the Falkland Islands gives it a climate that is chilling cold with heavy rainfall for most part of the year. The rains are accompanied by strong winds and occasional snowfall.