Dominica's latitude and longitude is 15° 25' N and 61° 20' W. Below is the map of Dominica showing major towns, roads, airports with latitudes and longitudes plotted on it. 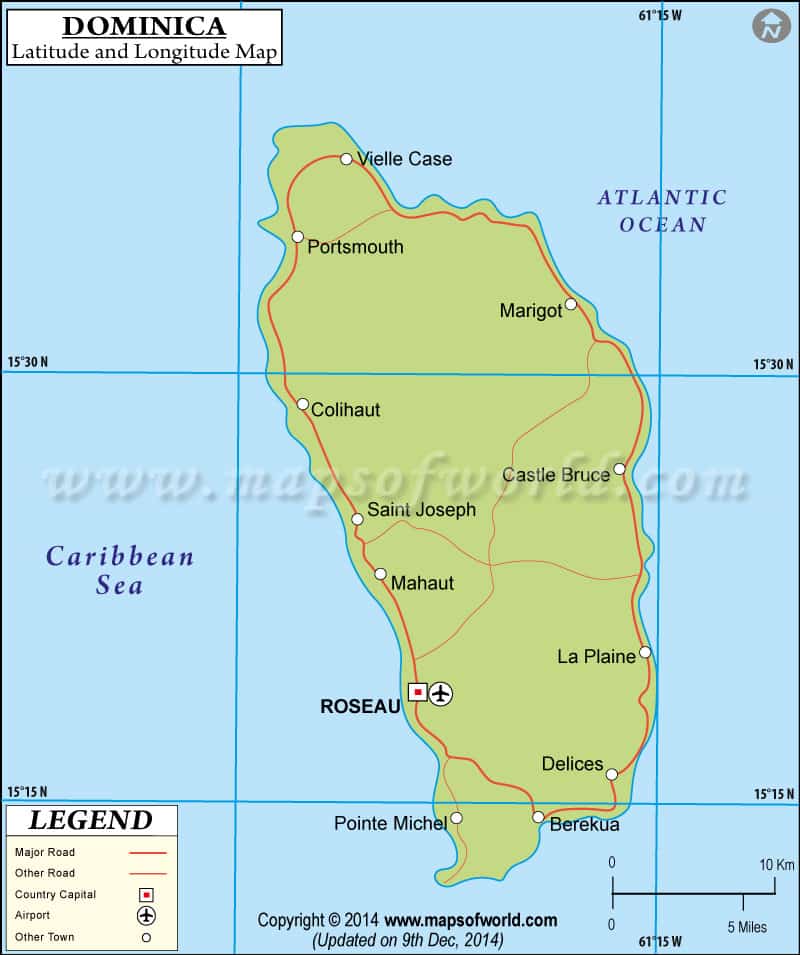 Being a Caribbean island the country of Dominica faces a tropical kind of climate but the climate cannot be said to be extreme. Even during winters the temperature lies around the 25°C mark and in summers there is again not much variation with the temperature not rising above the 28°C mark.

Summers usher in heavy showers of rainfall and also intermittent hurricanes. However, in this mountainous terrain called Dominica, spring is the driest of all months.