Congo's latitude and longitude is 0° 00' N and 25° 00 ' E . Below is the map of Congo showing major towns, roads, airports with latitudes and longitudes plotted on it. 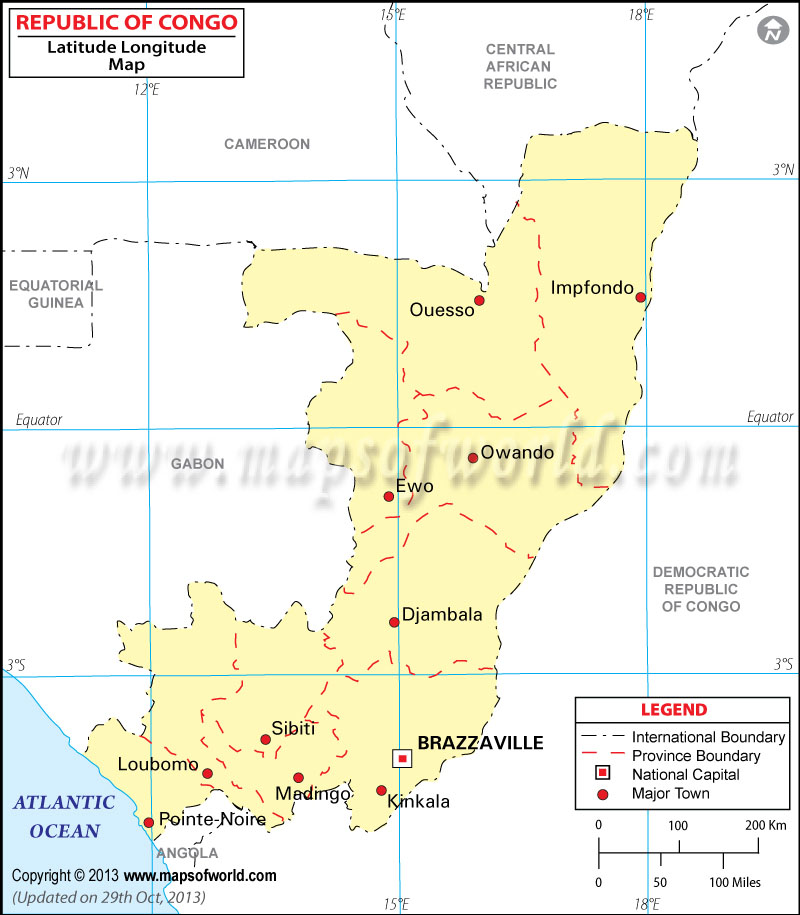