The map of Mississippi National Parks points out the several National Parks and historical sites of the state. This map indicates the exact geographical location of the National Parks of the state along with the major interstate, state, and US Federal Highways. The state capital and major towns are also marked on the map with international and state boundaries. Railway lines can also be seen on the map near the national park. A map legend featured at the bottom helps all the signs, characters graphics, and symbols used throughout the map. 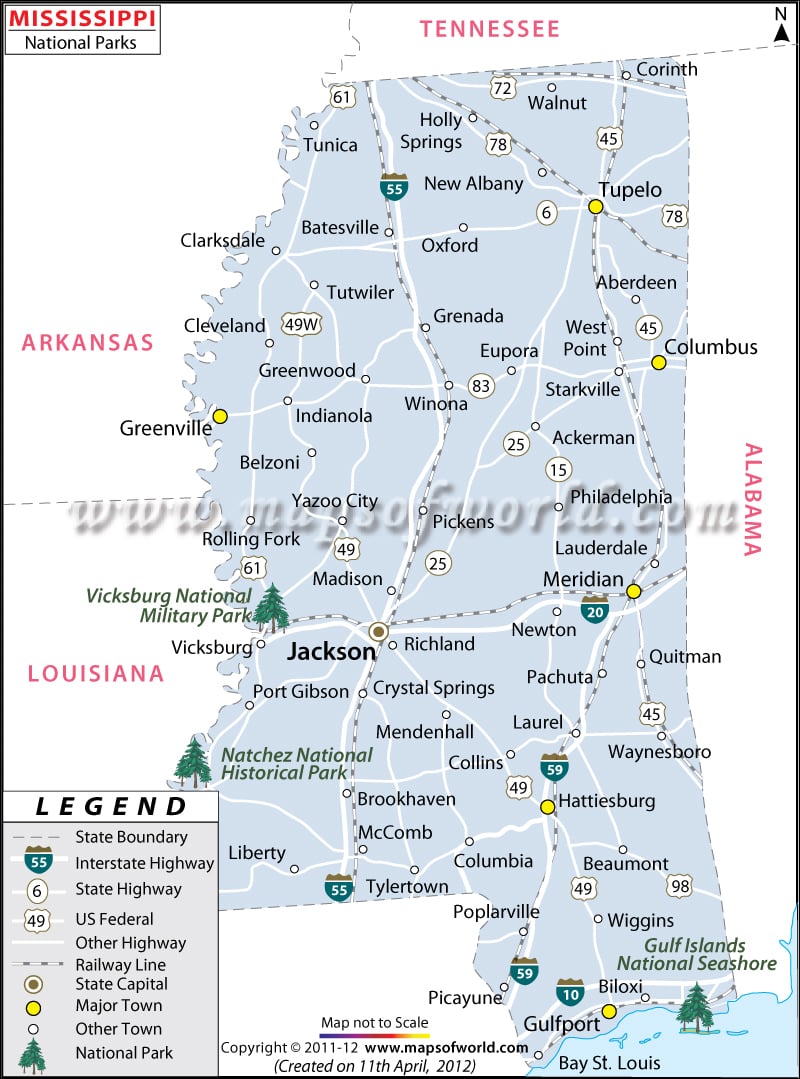 Description:Map of Mississippi displays the location of the national parks in the state.
0
FacebookTwitterPinterestEmail

The Map of Mississippi National Parks highlights the several national parks and historical sites of the state. The national parks are also major tourist attractions of the State of Mississippi that provide the tourists with an opportunity to explore the rich history coupled with the natural scenic beauty of the place.

Are there any National Parks in Mississippi?

There are nine National Parks in Mississippi which include National Battlefields, National Heritage Areas, and more. The national parks are also major tourist attractions of the state of Mississippi. These parks provide the tourists with an opportunity to explore the rich history coupled with the natural scenic beauty of the place. From the boyhood home of Elvis in Tupelo to the music and history of the legendary blues there are so many reasons to plan a visit to Mississippi and its National Parks. The national parks of Mississippi include: