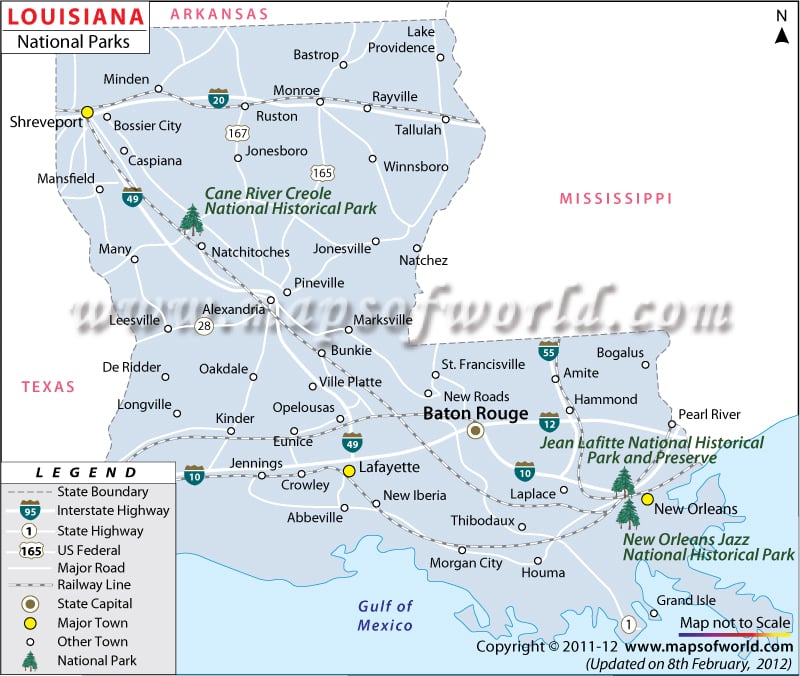 The location of well-known national parks In Louisiana state is indicated in the Louisiana National Parks Map.

Are there any national parks in Louisiana?

Yes, there are 5 National Parks in Louisiana. One of the national parks, Vicksburg National Military Park, is shared with Mississippi.