Arkansas is a treasure trove of natural wonders. Its breathtaking rivers, parks, and trails make it perfect for you to travel and enjoy. There are 8 national parks and historical sites/trails/military parks in Arkansas that are steeped in rich natural scenery and cultural history. 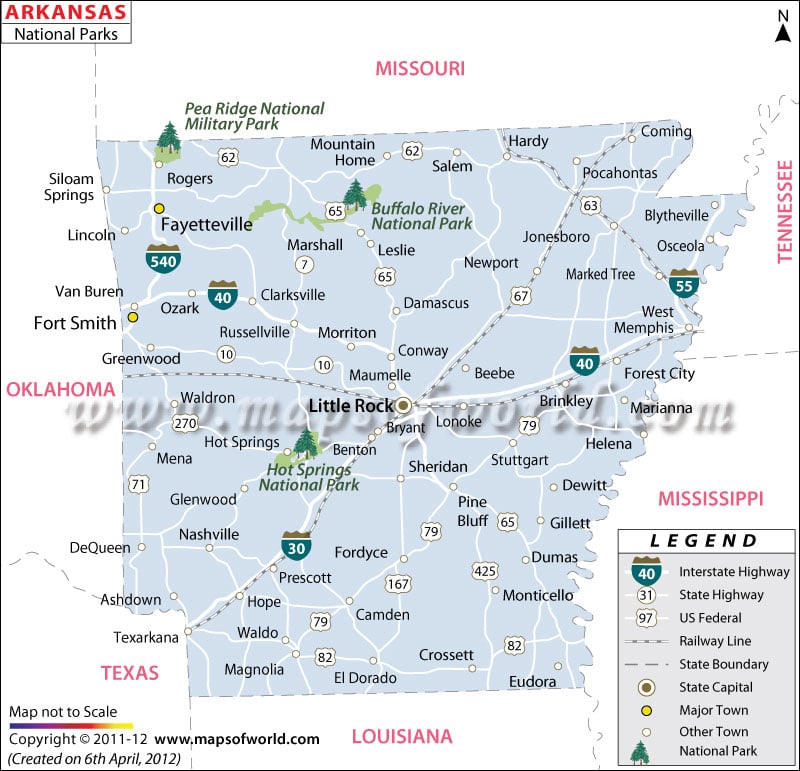 Buffalo National River provides the tourists with an opportunity to unearth the perennial appeal through canoe, boating, rafting, or kayaking. Trail Of Tears National Historic Trail is another interesting park in Arkansas that takes the travellers to the era of the 1840s when the people of the Cherokee community were forcibly evacuated from their birthplace. All the National Parks of Arkansas state are associated with some or other relevant historic, political, socio-cultural, or natural features. The Arkansas state map offers comprehensive locational references regarding the National Parks of the place.

These national parks preserve everything from colonial outposts, Civil War battlefields, and the most scenic wild rivers of America. The experience in one word is unparalleled.

Arkansas (also called The Natural State) boasts of rich history (including monumental Native American and Civil Rights landmarks) tucked between the outcroppings, foothills, and bustling river cities. You can visit these national parks around the year because there is something for everyone and in every season.

US National Parks in Arkansas