The Alabama National Parks Map points out the exact location of the several National parks of the state. The map serves as a useful guide to find out the important towns and cities near the famous national parks of the state. The map also shows significant details about Interstate Highways and states Highways, near the national park area. Railway lines can also be seen on the map near the national park. A map legend featured at the bottom helps all the signs, characters graphics, and symbols used throughout the map. 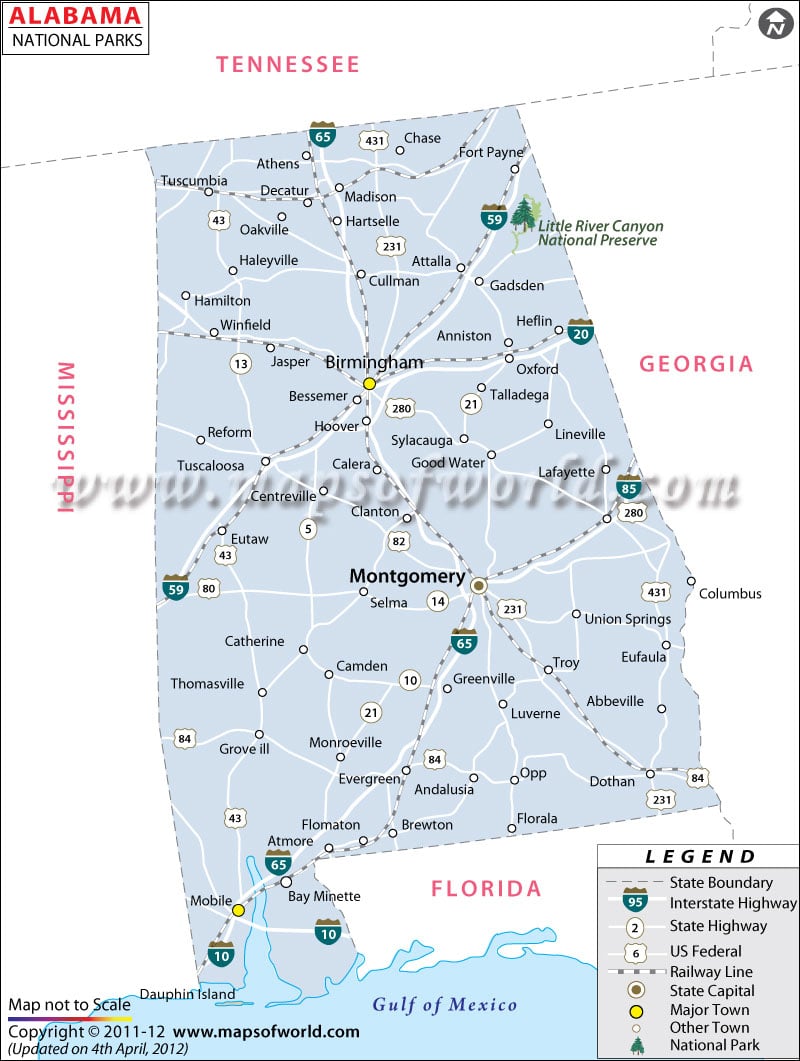 Description: The map displays the location of National Parks in Alabama.
0
FacebookTwitterPinterestEmail

The Tuskegee Airmen National Historic Site presents the tourists to explore the rich military history of the state of Alabama. The Alabama State Map serves as a useful guide to find out the important cities that have the famous National Parks of the state.

How many National Parks are in Alabama?

Alabama in total has nine National parks that depict the state’s rich history with scenic natural landscapes. The parks in Alabama state have a lot to offer from exciting excursions, breathtaking sights, and eye-opening learning experiences. The National Parks in Alabama are:

The National parks in Alabama are operational in all four distinct seasons. Summer is the busiest season, offering visitors hot, humid days, afternoon storms, and cooler evenings. However, if whitewater Kayaking is on your itinerary, we suggest going to Little River in the winter. During this time the water level is up, and experienced whitewater Kayakers can have their run of the water.