Kentucky National Parks Map shows the national parks and historical sites of the state on the map. This map displays the exact geographical location of the National Parks in Kentucky along with the major interstate, state, and US Federal Highways. The state capital (Frankfort) and major towns are also marked on the map with international and state boundaries. Railway lines can also be seen on the map near the national park. A map legend featured at the bottom helps all the signs, graphics, and symbols used throughout the map. 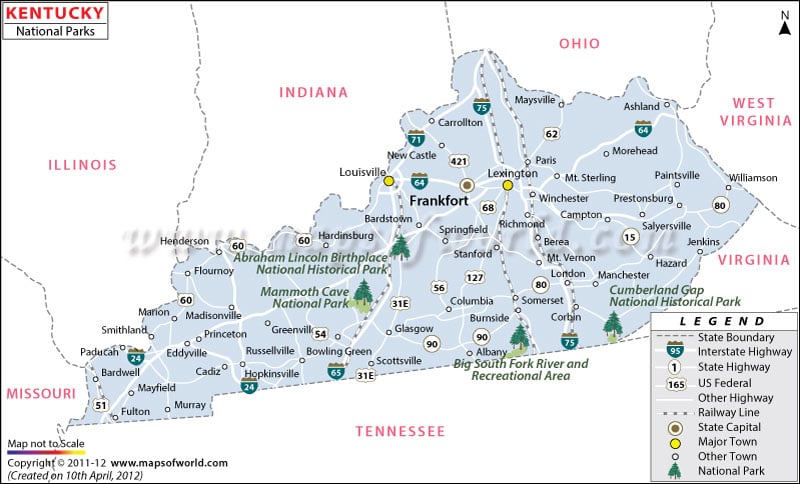 Description:Map shows the various national parks located in the US state of Kentucky.
0FacebookTwitterPinterestEmail

Apart from being historically important, the national parks of Kentucky are major sources of entertainment and notable tourist destinations.

How Many National Parks in Kentucky?

Spring or very early summer is the best time to visit National Parks in Kentucky. Though the parks are open year-round, the early summer to fall season brings the most people, and frequent tours are offered. The Cumberland Gap Historical Park also offers tours of the Hensley Settlement from May to October.