Summary: Noted for being the capital city of the most populous country, China, Beijing is indeed a captivating city to explore. Partially encompassed by the Hebei Province and located at… 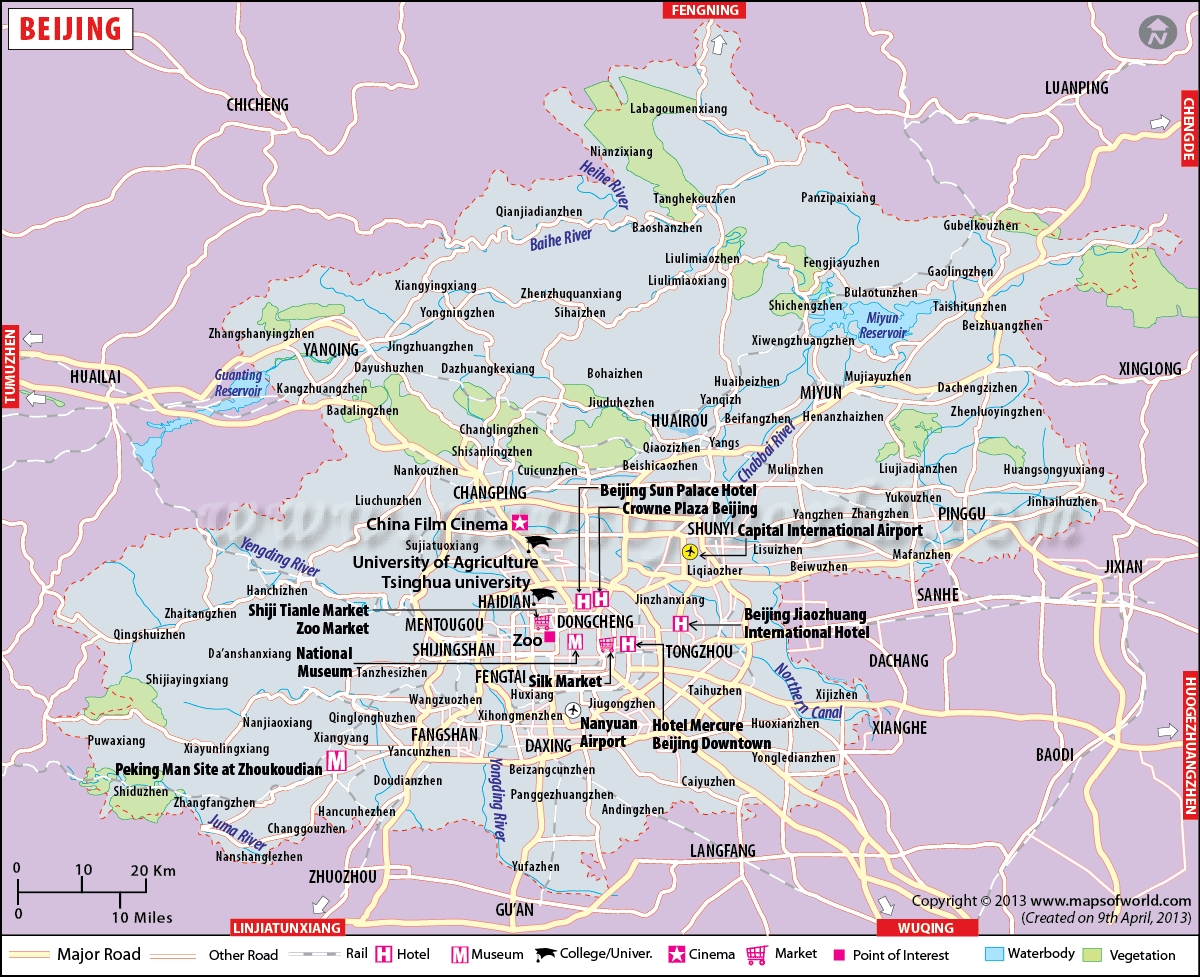 Summary: Noted for being the capital city of the most populous country, China, Beijing is indeed a captivating city to explore. Partially encompassed by the Hebei Province and located at a stone throw distance from Tianjin, the city also carves a niche for being a viable transportation hub.

Beijing is the capital of People’s Republic of China. The city was previously known as Peking. The word ‘Beijing’ means ‘Northern Capital’ and the name was given in 1403 with an ancient history of almost 3000 years old. Second largest after Shanghai, Beijing is the most populous city in the world. The long and diverse history of the city has left its mark upon the landscape. As a result, you can find beautiful gardens, temples and palaces scattered throughout the city. Beijing has a vast sprawling feel to it. The city municipality covers an area of 16,801 sq km with an approximate population of 21 million people, as estimated in 2013.

Located at the head of the North China plains, Beijing has an average elevation of only 43.5m. It occupies a strategic position between the northern plains and the Mongolian plateau. The city has highlands to the north, northwest and west, while the southern side is lower. The Great Wall of China lies in the northern part of the city.

There are more than 200 rivers and streams flowing through the city. Five major rivers are identified. These are Yongding River, Chaobai River, Beiyun River, Juma River and Ju River.

The city has a humid continental type of climate influenced by the monsoon winds. Summers in the city are hot and humid, while winters are cold and dry.

By Air : Beijing is connected by air to most of the major cities of the world. The international airport was completely remodeled for the 2008 Olympics, and now its three vast terminals are equipped to handle huge traffic. The city is mainly served by Beijing Capital International Airport, and is considered to be a convenient option for both domestic and international tours. Another, option that you have is the Beijing Nanyuan Airport and this airport is served by a single airline and provides only domestic hauls.

By Rented Vehicles : Finally, since the Olympics, the government allows foreigners to rent vehicles to travel by roads as well. Eight expressways and 11 National Highways connect the city to various parts of the country.

The climate of Beijing is influenced by the monsoon winds. Hence, summers are too wet and hot, while winters are quite cold. The best time to visit the city is the ‘golden autumn’ that occurs in September and October.

The long history of the city, gives the city its colorful culture.  The Inner city or the Forbidden City was where the emperors used to stay, and the commoners were not allowed. Countless hutongs, which are traditional Chinese houses with courtyards, are spread throughout the city, giving it an ethnic feel. Side by side, modern skyscrapers have made their appearance due to the subsequent modernization of the city.

The friendly and welcoming nature of the people of Beijing sets them apart. Some of the best Chinese traditions are preserved in Beijing. The tea ceremony is the best example. Tourists are treated with courtesy.

Several fairs/festivals are held in the city at different times. Some of them are as follows:

Various points of interest are scattered throughout the city. Some of the attractions which are not worth missing are:

Foreigners are restricted to high-priced official hotels and the cheapest accommodations are generally out of bounds. Budget hotels to the South of Qian Men, and Resorts around the Great Wall are other places to stay in Beijing. Some of the other accommodation options that you can resort to include Double Happiness Courtyard Hotel, Red Wall Garden Hotel, The Opposite House, to name a few.