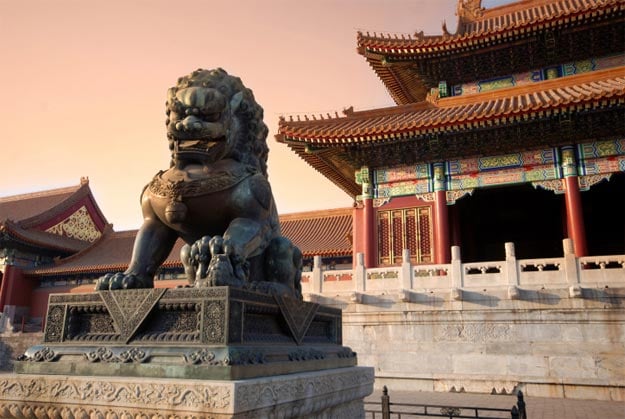 The third-largest city square in the world, Tiananmen Square is a historic site, remembered for many protests that took place in the square, like the pro-democracy protests of 1989 resulting in hundreds of deaths. It is surrounded by important buildings including the National Museum of China, the Great Hall of the People, and the Mausoleum of Mao Zedong. Tiananmen Square is separated from the Forbidden City by the Tiananmen Gate.

The Tiananmen Tower, built in 1417, was primarily used for the announcement of a big ceremony to the common people, particularly about the crowning of the new emperor and the empress. After the demise of the last feudal kingdom, the entry of the common people into the tower was restricted. As a result, only the royal family and aristocrats could enter into the tower.

The Tiananmen Square was built in 1651, and since then it has seen several renovations. The remarkable renovation took place in the 1950s, when the square was enlarged to four times its original size.

One of the largest monuments in China, the granite ‘Monument to the People’s Heroes’, was built in 1952 at the southern side of the square. 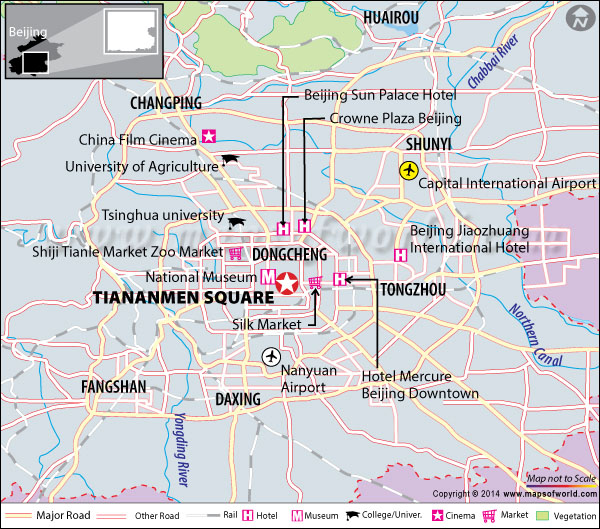 Where is Tiananmen Square?

The Forbidden City and Tiananmen Square are located in Beijing, the capital of the People’s Republic of China. Beijing airport is the closest airport, and is at a distance of approximately 30 kms. Many buses operate from several locations in Beijing to the Tiananmen Square. You can even reach the square by subway or taxi.

September and October along with spring months March through May are the best months as the weather is good in Beijing. Summer and winter offer harsher weather, and thus are not advised for traveling to the Tiananmen Square and the Forbidden City. Chinese New Year in the spring can offer visitors many cultural experiences, but the trade-off is large crowds.

Admission is free for visiting the square. CNY (Chinese Yuan) 15 are charged for ascending the Tower.