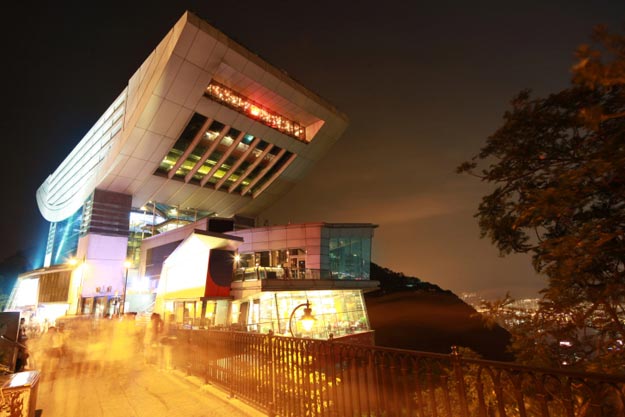 Also known as Mount Austin, Victoria Peak is the highest mountain in Hong Kong Island and the region’s major tourist attraction that receives about seven million visitors annually. Visitors cannot access the summit of Victoria Peak as it is closed to the public. The highest point of Victoria Peak is used for radio transmitters and for private residences for the super wealthy. The top of Victoria Peak has the most expensive real estate in the world. The highest areas open to the public include Victoria Peak Garden which offers views of the sea, nearby islands, and the harbor. The Peak Tram is a funicular railway that opened in 1888, which transports visitors up the steep mountain. The Peak Tram Historical Gallery houses more than 200 memorabilia from 19th and 21st century Hong Kong. The viewing areas are also accessible via a hike up from Victoria Gap. The Peak Tower is located at an altitude of 396 meters. The tower houses shopping centers and restaurants like the Peak Lookout Restaurant. The Sky Terrace 428 is a 360 degree viewing platform that offers scenic views of the city. The Sky Gallery on this Terrace exhibits 17 historical photos. The Sky Terrace 428 West Deck offers a party venue for both business as well as personal parties. It has been noticed lately that the dining facilities at the peak have improved a lot. The signature restaurants serve just the best. Four signature restaurants at the peak are Pearl on the Peak, Tien Yi Chinese Restaurant, Kyo Hachi Japanese Restaurant and Bubba Gump Shrimp Co Restaurant and Market. Other F and B outlets are Burger King, Pacific Coffee, Jungle Juice and Hong Kong Day. The Peak is inhabited by numerous species of birds, especially the Black Kite, and several species of butterflies. 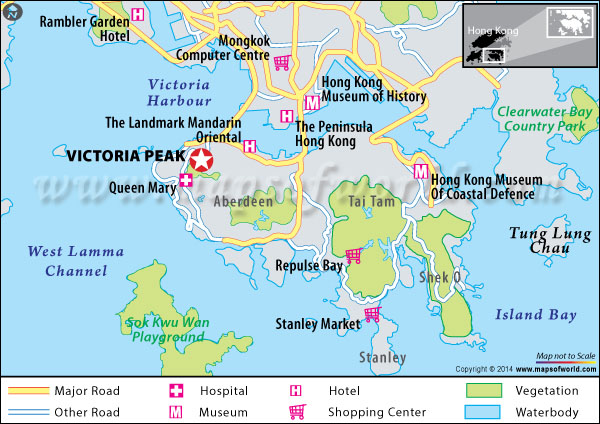 Where is Victoria Peak ?

Victoria Peak is located on the western half of Hong Kong Island. Hong Kong Island is situated just off the coast of mainland Hong Kong, which is a Special Administrative Region of the People’s Republic of China. It takes approximately 40 minutes via car to reach the peak from Hong Kong International Airport.[/stab]

To avoid the peak tourist times in Hong Kong, don’t visit during Chinese New Year or the Golden Weeks in China, the first weeks of May and October. For the best weather, plan a visit during September through December.

Related : Victoria Peak Infographic | Things to do in Hong Kong |