What are the Top Manufacturing Hubs in China? - Answers 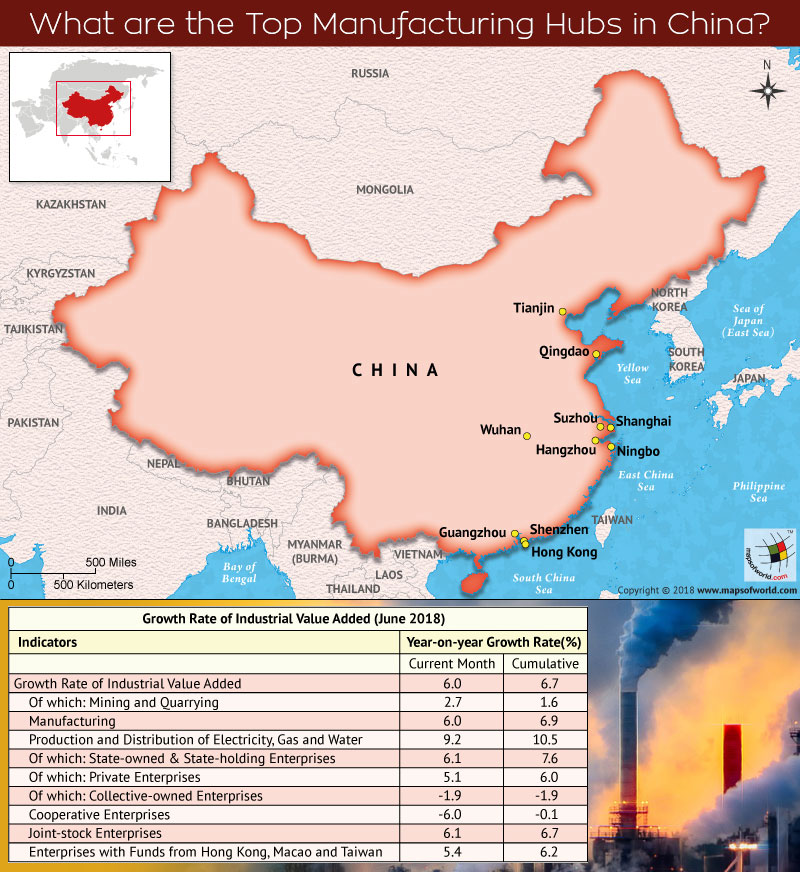 The biggest city and major financial hub in China, is Shanghai; home to many business industries like electronics, chemicals, automobiles, textiles and steel. Majorly contributing to growth and the economy of the nation, some of the largest steelmakers have their headquarters in this attractive city. Big automobile manufacturers like Volkswagen and General Motors have their plants located here as well.

Located near Shanghai, Ningbo is a sub-provincial city in China, which has been growing rapidly in terms of chemical, electrical and telecom manufacturing. The city attracts many foreign investors, and some of the leading enterprises prevailing in the city are: Ningbo Bird, Donly Group and Ningbo Marine. Another city gearing up its manufacturing in fine chemicals, automobiles, machinery, and electronics is the city of Qingdao.

Contributes intensely to the manufacturing industry is Shenzhen, a prominent city in Guangdong Province. It is also famous for being the ‘electronic manufacturing hub’ of China, as well as the world. Many brands like ZTE, Huawei and Apple have their manufacturing here.

Known for its tourism, Hong Kong is also a major manufacturing and financial hub of the country. It is famous for its light-labor industries and has marked its prominence in manufacturing since the beginning of the 19th century.

Moving to Southern China, Guangzhou, aka, ‘Canton City’ hosts the largest International trade fair each year. Honda, Toyota, Panasonic, Sony and many other big brands have their headquarters here.

Hangzhou, the exhibition city in East China, is emerging as a competitive manufacturing hub of the country. It hosts World Leisure Expo every year and is home to the e-commerce giant Alibaba. Many textile industries are well-established here.

Tianjin, a city in Northern China is one of the booming and biggest industrial cities, where mechanical and textile industries are flourishing. It is emerging out to be a leader in aerospace & aviation, and alternative energy products.

When considering the domestic market in China, the city of Wuhan plays a large role. Also called the retail capital, many domestic products are produced here.

The economy of the country is also immensely boosted by the manufacturing industries in the city of Suzhou. It is among the largest hub in the country for Iron and Steel, IT and electronic equipment.

Here is a table regarding Growth Rate of Industrial Value Added as of June, 2018.

Note：Data in this table are computed in comparable prices.