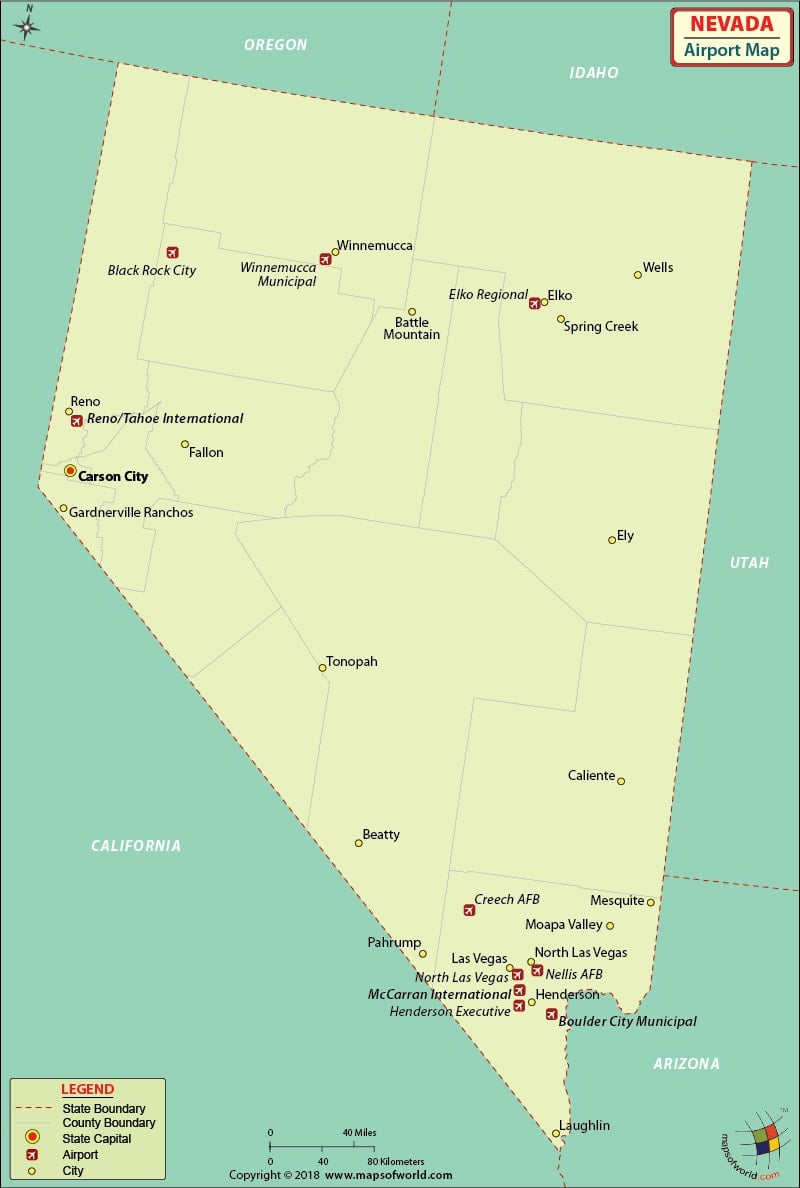 There are 54 public-use airports in Nevada. People come to the Silver State from all over the globe, and its airports are well equipped to meet the growing demands of tourism.

The McCarran International Airport is a busy airport seeing almost 45 million travelers per year. The airport has many amenities for its customers, such as restaurants, pay phones, assistance for the disabled including free wheelchairs, banking facilities and several news and gift shops, and good parking facilities.

Tickets can be booked online for these airlines, and some offer special fares and discounts through their websites.

Longitude and Latitude of Nevada Map

Where is Nevada on the Map