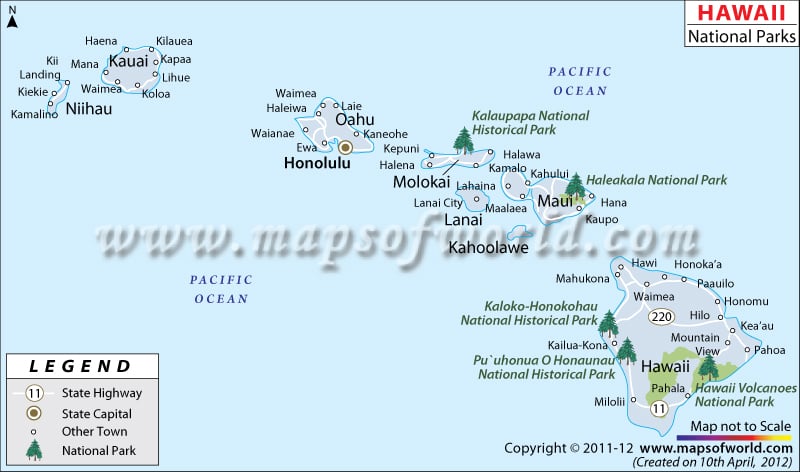 The Hawaii Map points out the accurate geographical position of the national parks of the state.

How Many National Parks in Hawaii?