Central Asia is the largest region of Asia. Major countries include Kazakhstan,Turkmenistan, Uzbekistan, Mongolia and Kyrgyzstan. 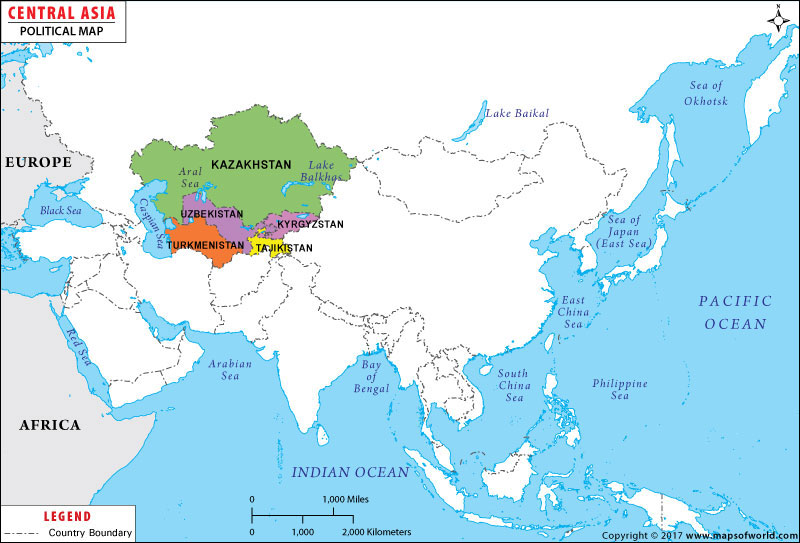 
Stretching from the Caspian Sea in the west to China in the east and from Afghanistan in the south to Russia in the north, Central Asia is the largest region of Asia. It is the core region of the Asian continent and is also known as Middle Asia.


Around 60 percent of Central Asia comprises desert land. The main deserts in Central Asia are Karakum, which covers most of Turkmenistan, and Kyzylkum, in Uzbekistan. The region witnesses very dry climatic conditions. Summers are hot while winters are cool.

Uzbekistan is the most-populous country in Central Asia; it has an estimated population of 27.6 million.