US States Map > Where is Michigan?
Michigan Map

The state of Michigan is located in the eastern region of the north-central United States. 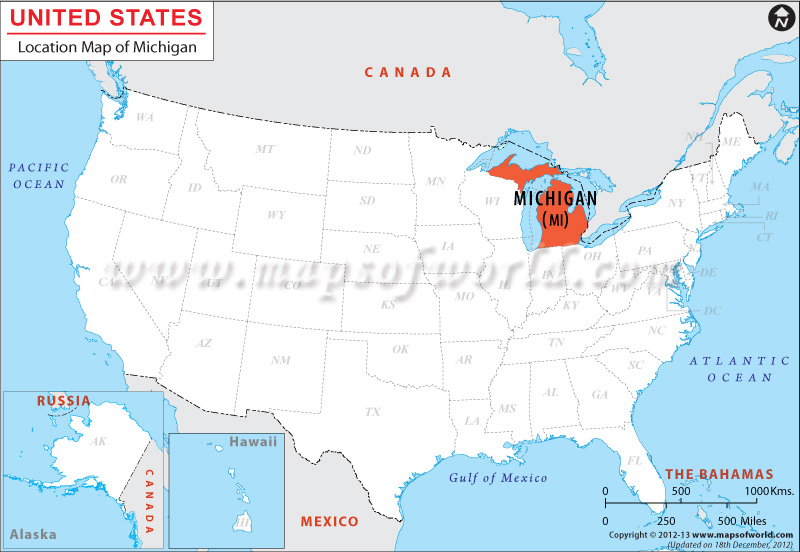 The State of Michigan is surrounded by the Canadian city of Ontario on its northern and eastern border, and by Lake Huron, Lake Michigan, the strait of Mackinac, Ohio and Indiana on its southern side. Illinois and Wisconsin can be found immediately to the west.

Michigan is spread over a total area of 58,527 square miles, with 1,573 square miles of inland waters and a 3,288 miles coastline. The border of Michigan stretches for 1,673 miles in total.

Michigan is a state in the Midwestern USA at coordinates 43.6867° N, 85.0102° W, bordering Wisconsin, Indiana, and Ohio, shares water boundaries with Illinois and parts of Canada. Known as the Great Lake State, Michigan is surrounded by four of the five Great Lakes, and thus has the longest freshwater boundary of any state or country in the world.