Where is Greece Located

Greece, officially called the Hellenic Greece is located in the southern part of Europe. This country has a strategic geopolitical location between Europe, Africa and Western Asia. Greece due to… 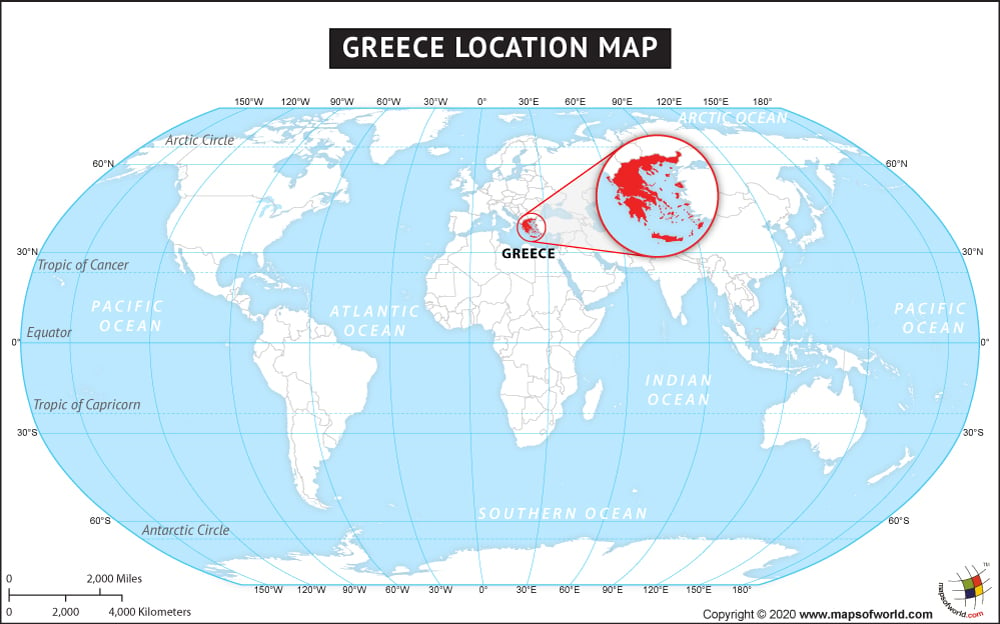 Description : Map showing the location of Greece on the World map.
0
FacebookTwitterEmail

Greece, officially called the Hellenic Greece is located in the southern part of Europe. This country has a strategic geopolitical location between Europe, Africa and Western Asia. Greece due to its location to the west of Aegean Sea, it dominates the Sea and the southern route to the Turkish Strait. Greece a peninsular country is bordered by the Ionian Sea in the west, Mediterranean Sea in the south and the Aegean Sea to its east. Its land boundary is shared with Bulgaria in the north, Albania in the northwest, Republic of Macedonia in the north and Turkey in the northeast. The total area covered by Greece is 131,957, making it the ninety seventh largest country in the world. Greece also possess archipelago of 2000 islands.

Greece has a long coastline extending for about 13, 676 km long, its longest coastline is on the Mediterranean Sea, with many beautiful beaches on its side. The geographical coordinates of Greece are 39 00N and 22 00 E. Beautiful Athens is its largest and the capital city.