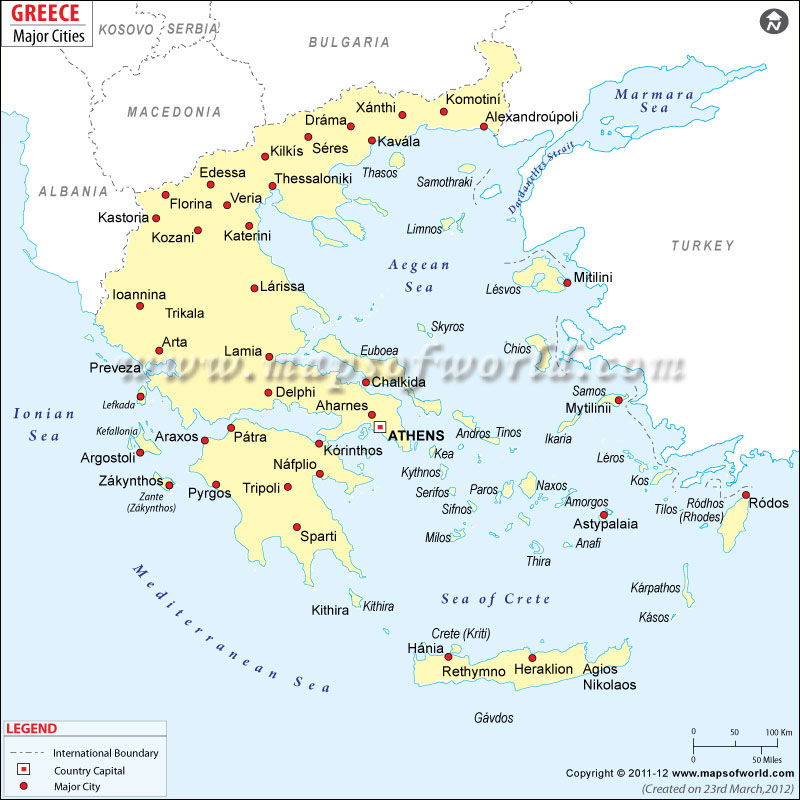 Greece Cities make up one of the exclusive span of places in the European continent which marvel at its cultural and commercial aspects. The cities of Greece are combined into administrative sections called “Nomoi”.

Greece, being a peninsular country is located in the South Eastern Europe. Greece is a mountainous terrain with Mediterranean Sea on one side and the countries which lie adjacent to it are Albania, Turkey, Bulgaria, and the previous Yugoslav Republic of Macedonia.

The most vital of the Greece cities is Athens, the capital city. Athens comprises of one third of the population of Greece. Athens is considered to be the birthplace of civilization among the European countries. In the present day, Athens is the most flourishing city in Greece in terms of Culture, politics, commerce and industry. There are several sites in Athens that attract thousands of tourists throughout the year.

Thessaloniki is the second largest city of Greece and also the capital of Macedonia. This city covers sixteen municipalities with a population of 363,987 according to the 2001 census. The commercial backbone of Greece is Thessaloniki.

The city of Volos is located in the Pelion Peninsula, which lies in the center of Greece. The villages, waterfronts and innumerable shops make this a famous tourist destination.

Other than these, Greece cities also include prominent cities like Patra, Kalamata, Ioannina, Kavala, Sparta and Alaxandroupolis. The charming islands, excellent beaches and historical monuments are the primary attractions of the cities in Greece, other than the comforts provided while one is on vacation.