About Cities in Oregon Nicknamed the ‘Beaver State’, Oregon is located in the Pacific Northwest region of the United States. The Willamette Valley in western Oregon forms the cultural and… 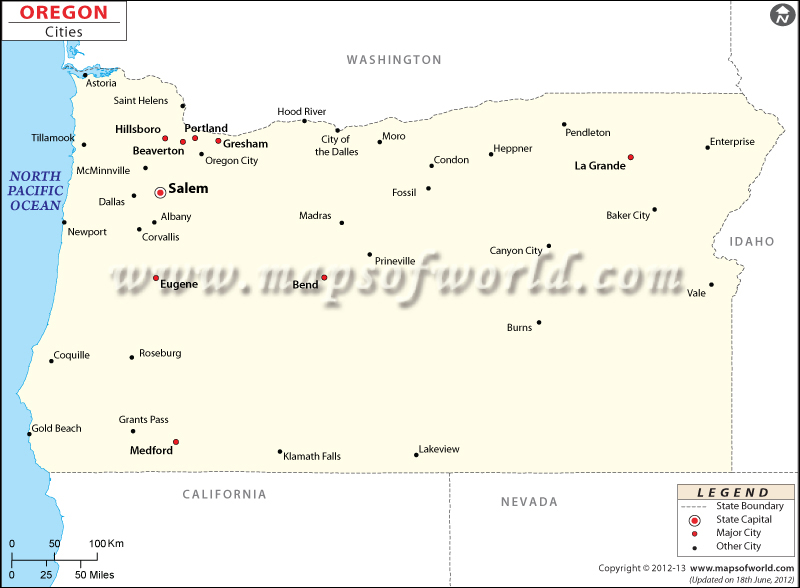 About Cities in Oregon

Nicknamed the ‘Beaver State’, Oregon is located in the Pacific Northwest region of the United States. The Willamette Valley in western Oregon forms the cultural and political heart as it houses eight of the ten most populous cities.

Known as ‘Rose City’, Portland is the largest city in the state. The city has more breweries than any other city in the world. Home to home to Willamette University and Corban University, Salem is the state capital. Home to the University of Oregon, Eugene is noted for natural beauty and abundance of recreational opportunities.

Portland International Airport (PDX) is the main international gateway to Oregon. Amtrak’s Coast Starlight, Cascades, and Empire Builder passenger trains serve the state. Interstate Highways (I-84 and I-5) and U.S. Highways (US 20, US 26, US 95, and US 28) create a dense road network.