Tanzania Political Map locates the important regions of the country together with the major cities and the border countries. Tanzania is located in Eastern Africa bordering the Indian Ocean. Dodoma is the national capital of Tanzania. 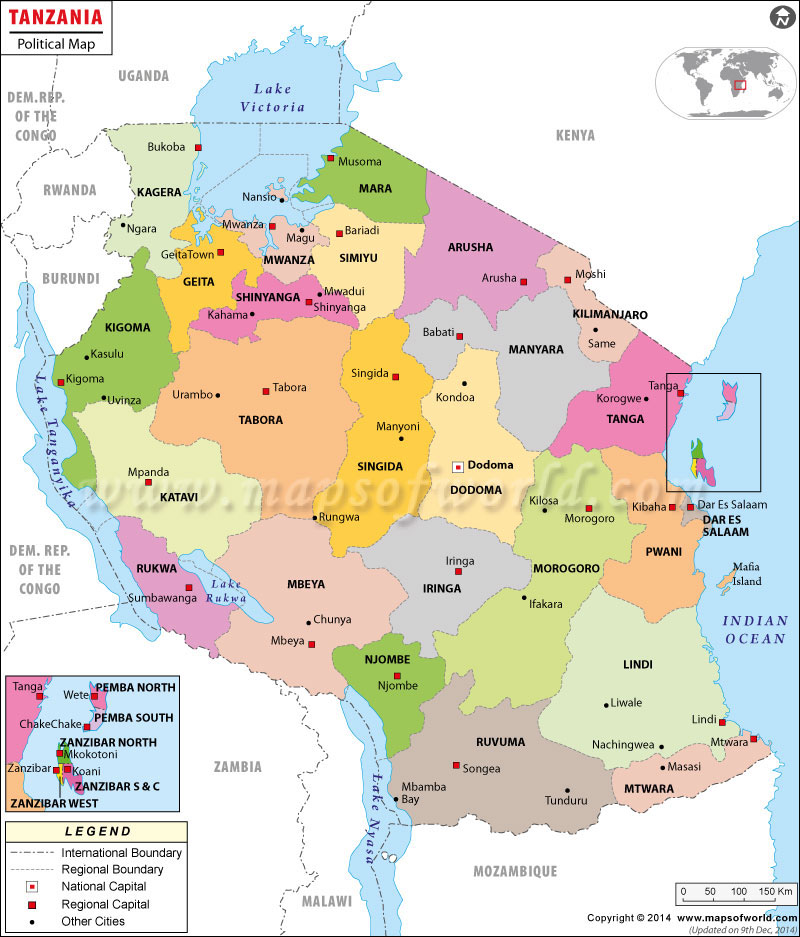 Located in Eastern Africa, Tanzania borders the Indian Ocean. It is situated between Mozambique and Kenya. It on the geographical coordinates of 6° South and 35° East latitude and longitude respectively. The other border countries of Tanzania are Uganda, Democratic Republic of the Congo, Rwanda, Burundi, Zambia and Malawi.

Tanzania Political Map shows the important regions and cities of Tanzania together with its geographical location. Lake Victoria is located in the north.

Dodoma is the capital of Tanzania and lies on the geographical coordinates of 6° 48′ South latitude and 39° 17′ East longitude. It is highlighted on the Political Map of Tanzania by a red square. The Daressalaam and the Zanzibar airport are the nearest airports to this city.

The various regions (provinces) of Tanzania as shown on the Tanzania Map are:

The capital cities of these places are indicated on the Tanzania Political Map by a white square.

The important cities that are spread throughout the country are marked on the Printable Map of Tanzania by black dots. Some of these cities are: