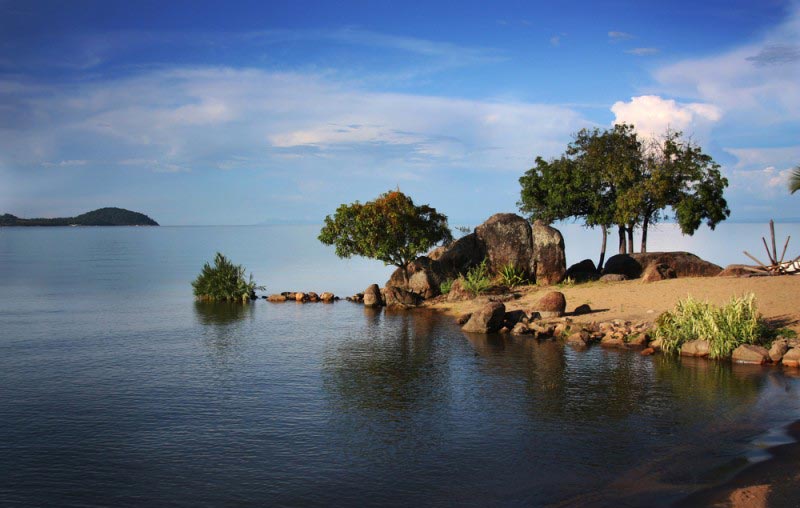 Tanzania is located in the eastern region of Africa. It shares its borders with Kenya, Rwanda, Uganda, Congo, Burundi, Zambia, Mozambique, and Malawi. The Indian Ocean also borders the country. Dodoma is the capital city of Tanzania, and Dar Es Salaam is the commercial capital of the country.

The country achieved its independence from Britain on December 9th, 1961. The official languages of Tanzania are Swahili and English. Arabic is also spoken widely in Tanzania. Tanzania is divided into 26 regions or “mkoa” like Arusha, Dodoma, Dar Es Salaam, Kigoma, etc.

The best time to visit the country is between May to July, or you could also go between the months November to March. Try and avoid going to Tanzania during the rainy season, which begins from April and lasts for a month.

Some of the tourist attractions in Tanzania are:

Tanzania is a vast country that can be directly accessed with the help of the train network connecting this country with various other neighboring countries. The two train lines, TAZARA (Tanzania Zambia Railway Authority) and T.R.C (Tanzania Railway Corporation) are the main railway operators, which offers a much cheaper journey to this country. While The TAZARA line operates between Dar es Salaam Tanzania and Kapiri Mposhi Zambia, and crosses the border at Tunduma to Zambia, the T.R.C. runs through Coastal Region, Tanga to Moshi and other destinations.
The people belonging to the neighboring countries can easily take a ride to this country with the two main roads of “Dar es Salaam to Mbeya” road (A7/A17) and the “Dar to Arusha and the Serengeti” road (B1). While the “Dar es Salaam to Mbeya” road takes you to the Southern Highlands through the towns of Morogoro, Iringa and Mikumi National Park, and near Selous and Ruaha NPs. The “Dar to Arusha and the Serengeti” road (B1) will take you to the Northern Circuit by the towns of Tanga and Moshi, and Mount Kilimanjaro, Saadani, Tarangire, Ngorongoro, and Serengeti NPs. Buses are also the main option available for the tourists.

The tourists from Nairobi can catch the bus down to Arusha (considered as a great base for Mount Meru and Ngorongoro Crater). The noted bus operator of the country is Scandanavian. This operator also has a frequent service to Lusaka, Zambia. Apart from Scandinavian, Tawfiq Buses are notable as they connect Mombasa with Tanga and Dar in Tanzania. The people from Malawi, Uganda, Rwanda, and Dar can easily board their bus to Tanzania.
Transport

Traveling within Tanzania can be quite irritating because of the poorly maintained public transport system of the country. If you travel by train or bus in Tanzania, on most occasions, you won’t be able to reach your destination on time. Flights or ferries can also be availed of to visit various important places within the country. To cope up with this, the country has a provision of a good network of rail and airways to access to the different parts of the country. This East African country has better options of domestic transportation than many other African countries.

The most safe and fast mode of travel in Tanzania is definitely the domestic flights available at quite a good number of airports in Tanzania. Air Tanzania, Precision Air, Coastal Aviation, and ZanAir, are some of the airlines which connect to almost all the important places of the country like Dar es Salaam, Kilimanjaro, Mtwara, Mwanza, Zanzibar, etc. These services may be a costly affair, but the tourists can assure of a safe and unhindered journey. The travelers can board these flights from the airports like the Kigoma Airport, Arusha Airport, Julius Nyerere International Airport, Mtwara Airport, Musoma Airport, etc. It will never be a problem to fly from Mount Kilimanjaro to the lovely beaches in some couple of hours.

Apart from the 1st class air-con buses, operating along the Dar-Moshi-Arusha route, all other buses takes a lot of time to reach its destinations. The country has an extensive network of roads connecting with the countries like, Kenya, Zambia, Uganda, Burundi, and Rwanda. Thanks to the poor road condition that the buses feel it difficult to travel swiftly, especially in the rainy season. The visitors can avail the “intercity buses”, which are comparatively a better service provider. They also serve complimentary drinks and biscuits. Most tourists prefer the Scandinavian Express, which operates in downtown Dar.

A large number of shared and Private taxis are available at every corner of the country. The fare can fluctuate, so it’s better to negotiate it before having a ride on them. Local buses, locally known as (Dalla-Dallas), are also available, but its efficiency can be questioned. The journey in these buses are not very comfortable, though very cheap. The trains are also considered a comfortable option of traveling around the country and exploring its beauty. The local trains often tend to be overcrowded, much behind the scheduled time. The visitors can have a convenient long distance travel as the trains are equipped with bedding and a small restaurant. It will be prudent to book the coaches well in advance.

The country has a good number of ferries and boats which will take the tourist to some remote islands. The most common ferry service operates from Dar es Salaam to Zanzibar, Lake Malawi, Lake Tanganyika, Lake Victoria and a few offshore islands. They generally sail between Itungi and Mbamba and leaves for other Tanzanian regions. The tourers must have an ample time in their hand, as the ferry service is a slower mode of transportation. During the rainy season, it is not much effective. Though you can have some taste of adventure, while you board on these ships, yet it is preferable to travel short distances.
Tips

This country of East Africa is a breeding ground of a large number of wildlife, which is rarely found in any other countries. Most of the visitors consider this to be a place, which has still retained its simplicity and wilderness, along with the modern touch. It is advisable to take a trip to this country either in the rainy season between June and August, or the winter months of January and February.

Do not to miss out on any of the favorite tourist destinations like Serengeti National Park, Ngorongoro Conservation Area, and Ruaha National Park, and Selous Game Reserve. The Zanzibar island has beautiful beaches and historical Stone Town. Zanzibar is noted for scuba diving and swimming with dolphins. The visitors must make it mandatory to visit the Mafia Island Marine Park, which offers some fantastic scuba diving and snorkeling. Before climbing to Mount Kilimanjaro, the highest peak in Africa, make it sure that you are assisted by an experienced guide. Although the food and living facilities are up to the mark, yet it will be better, if you avoid the small eateries located in the tribal areas, which are prone to be contaminated. Moreover, you should not dare to drink the tap water very frequently, as you can buy the bottled water from local shops.

The country is comparatively safer than most other African countries, but be convinced that you are safe while you visit any isolated areas. It is not very pleasant to walk along the road as Tanzanian roads have very few sidewalks. The citizens are mostly honest. The country is not a country full of diseases, except certain concern for malaria, typhoid, and cholera. The tourists need not worry in case they fall ill, for every city and town have an efficient medical facilities readily available to the tourists. Dar es Salaam has some developed clinics having all modern medicines and well known physicians. For any complicated surgery, they might have to move to Nairobi or Johannesburg. The tourists must beware of some poisonous and life-taking insects and animals, such as Black and Green Mambas, scorpions, spiders, stinging ants, centipedes, lions, sharks, etc. So while walking through high grass, especially in the remote areas, be cautious of any unexpected encounter with these harmful creatures.

The tourists must wear modest or conservative dresses in general, and especially in Zanzibar, which is a conservative Muslim society. Clothes with too much revealing, should be avoided. The local Masai people are quite entertaining for the tourists. These mostly modest people, expect the same kind of modesty and politeness from the tourists. They are often approachable incase you need any aid, but one thing you must understand that as they are needy, they expect some kind of remuneration in exchange for their work. While you are in this country, you must not encourage bribery. 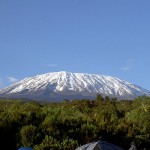 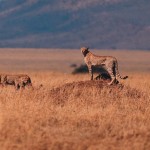 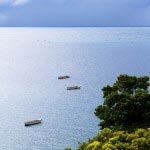 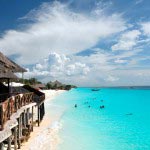 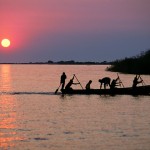