Dodoma is the present capital of Tanzania. It is the third largest city of Tanzania. The city is centrally located in Tanzania with four cities bordering it from all sides. There is Manyara to… 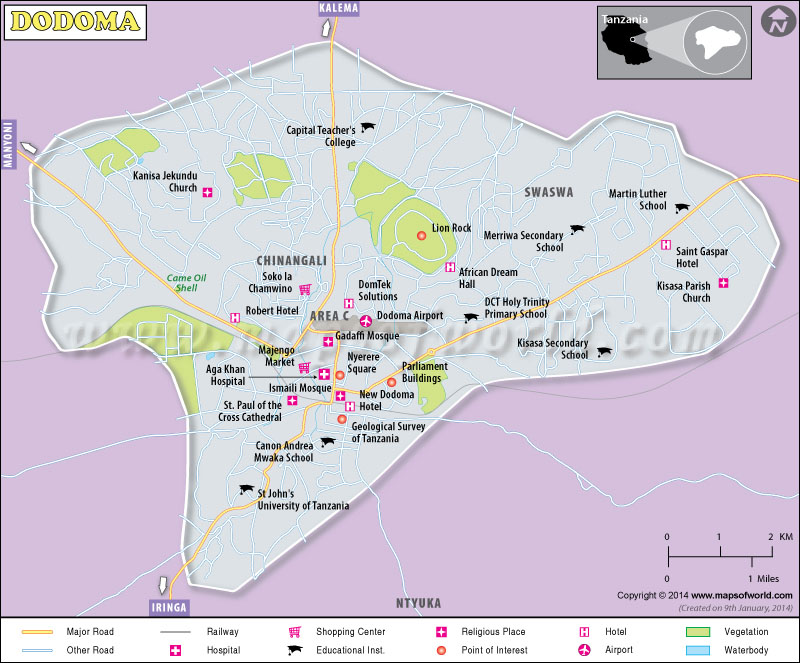 Dodoma is the present capital of Tanzania. It is the third largest city of Tanzania. The city is centrally located in Tanzania with four cities bordering it from all sides. There is Manyara to the north and Iringa to the south, while Morogoro is to the east and Singida to the west of Dodoma. Though Dodoma has become the national capital, most of the government offices of Tanzania are still in Dar es Salam.

Dodoma is quite far from both Dar es Salam and Arusha and can be accessed via roads and railways. Due to the location of the city, Dodoma has a dry climate intercepted by a small monsoon from January to March.

Infrastructure in Dodoma is rapidly developing. New roads and highways are being constructed to connect Dodoma to the other cities of Tanzania. Small private aircrafts operate from the airport of the town, which is managed by Mission Aviation Fellowship. Plans for a large international airport are on the cards.

There are many secondary and senior secondary schools in Dodoma that provide quality education to the students of the city. Though there are no universities in Dodoma presently, but there are plans for setting one.

Agriculture is the primary occupation in Dodoma with peasants growing grains, tea, coffee, beans and tobacco. Wine of Dodoma is popular across the globe with two seasons of grape cultivation in the city. Not exactly situated in Dodoma, there are many places of tourist attractions in the nearby areas.