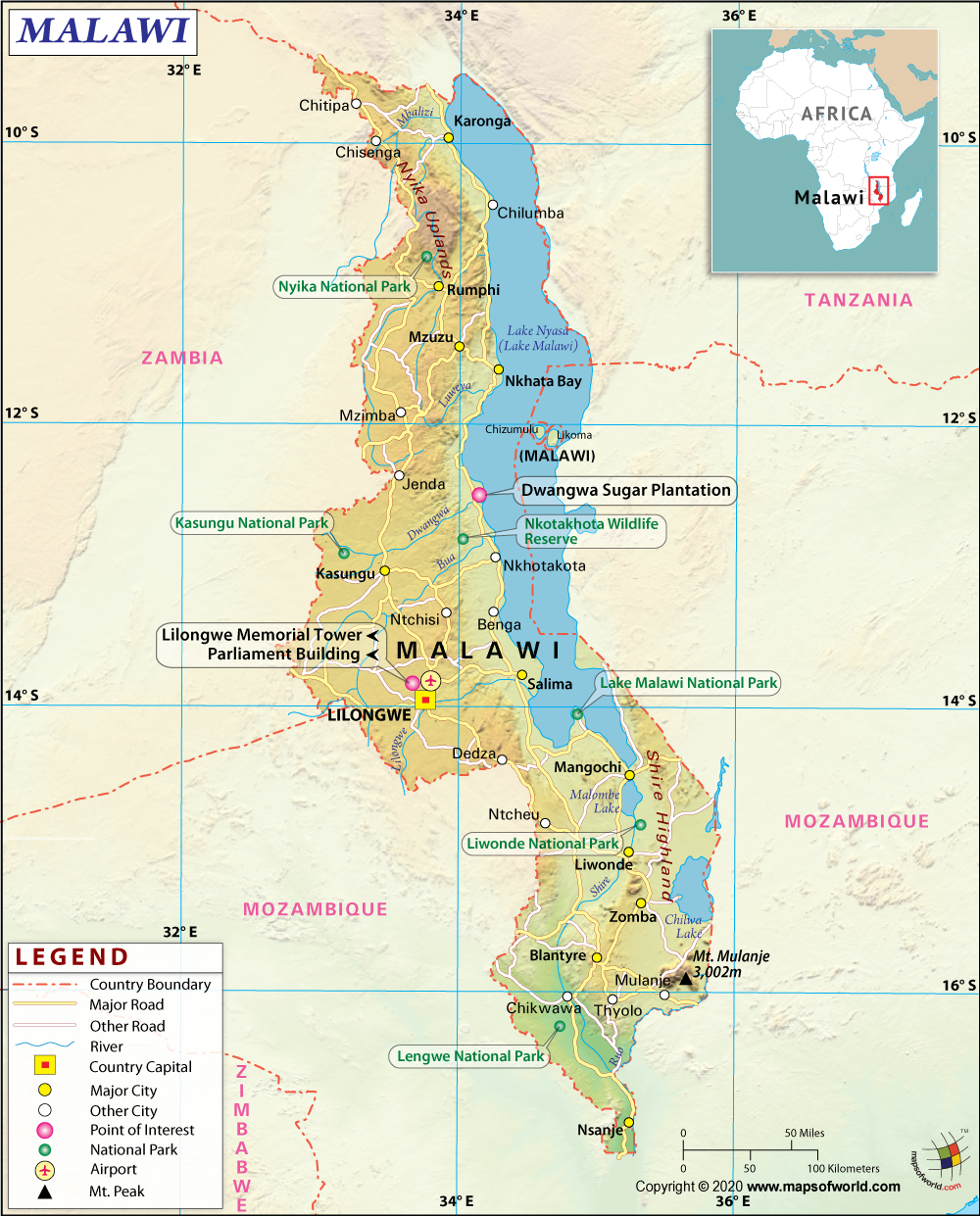 Some of the early inhabitants of Malawi were Bantu-speaking tribes who arrived from the north by the 10th century. Around 1500, the Maravi Empire emerged, a kingdom of iron workers formed by the Amaravi or Chewa people from the region of the Congo. The Maravi Empire spread across modern-day Malawi as well as neighboring Mozambique.

The Europeans arrived, beginning with the Portuguese, in the 16th century. The Amaravi people established trade relations with the Portuguese, including involvement with the slave trade. With internal conflict in the Maravi Empire, it began to decline. The region was divided by two opposing groups, the Angoni and the Ayao. Arab traders built strong relations with the Ayao people, not just with trade, but also spreading Islam to the people.

The British arrived and began to establish their presence by the 1860s, though both the British and Portuguese governments were interested in the region. The colonial government of British Central Africa Protectorate was established in 1891, later renamed Nyasaland. Nyasaland joined Rhodesia to become the Central African Federation in 1953, which collapsed in 1963. The following year, Nyasaland became independent, renaming itself Malawi. The first president of the new republic was Hastings Banda, who ruled for nearly 30 years, growing the country’s economy substantially. Finally, in 1993, a referendum allowed a multi-party election, and Banda was defeated, and democratic elections have continued.

Located in southeastern Africa between Zambia, Tanzania, and Mozambique, Malawi is a long and narrow landlocked country, with no coastline. However, along the border with Tanzania and Mozambique is Lake Malawi, a long and narrow lake, and the country’s largest and Africa’s third largest lake. Other lakes are Lake Malombe, Lake Chilwa, and Lake Chiuta. The major river in Malawi is called the Shire River, which feeds into the Zambezi River.

The terrain of Malawi includes mountainous regions, with the Shire Highlands, the Nyika Uplands, Zomba Plateau, and Mulanje Massife. The highest peak in Malawi is Sapitwa on Mount Mlanje, which stands 3,002 meters (9,849 feet) above sea level. The Great Rift Valley stretches across the length of the country alongside Lake Malawi.

Malawi has many natural attractions, with beautiful landscapes ranging from the mountains to the Rift Valley and Lake Malawi. Many visitors enjoy the scenic destinations, including vistas of the Shire Valley, and the unspoiled evergreen forests. Malawi’s national parks are Cape Maclear National Park, Kasungu National Park, Lengwe National Park, Liwonde National Park, and Nyika National Park. Other natural sites are Ntchisi Forest Reserve, with rainforests, and the islands of Likoma and Chisumulu.

In the capital, the Lilongwe Wildlife Center is a nature sanctuary that rehabilitates animals, and where visitors can volunteer with the animals. In Blantyre, architectural sites include the Mandela House and its beautiful grounds, as well as St Michael and All Angels Church, built by the Scottish.

The major airport in Malawi is in the capital, Lilongwe, called Kamuzu International, which offers service from several destinations across Africa. Another airport is Chileka International, located outside of Blantyre, and offering domestic flights to Lilongwe as well as international flights to a few regional locations.

The railway system in Malawi includes a line between Blantyre and locations in Mozambique, but within Malawi, there are primarily buses and minibuses as transportation for long and short distances. Minibus is an inexpensive option for travel around Malawi, but they can be quite slow. There are also taxis in most cities, but they can be expensive for foreigners. Ferries are available across the lake to enter Malawi and to go to Likoma Island.