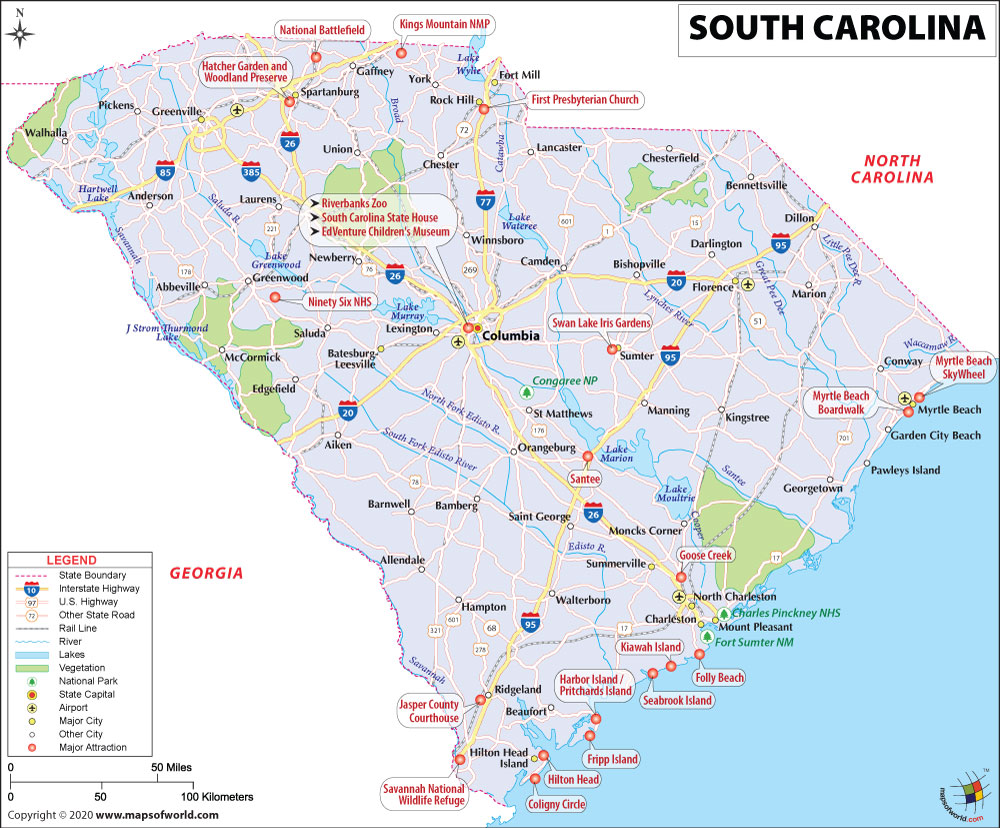 The official flag of South Carolina was adopted on 28th January 1861. The flag has an azure background which has a white colour Palmetto tree and a white Crescent.

Some 30 Native American tribes inhabited the region prior to the arrival of the Europeans. The first European to arrive in the region known as South Carolina was Francisco Gordillo 1521, who came from Spain. This was followed by Spaniard Lucas Vázquez de Ayllón founding the first European settlement in the territory in 1526. At the beginning of the 17th century, England laid claim to the current South Carolina. In 1729, South Carolina and North Carolina were officially separated. The state witnessed military action during the American Revolution and adopted the Constitution of South Carolina on March 26, 1776. During the American Civil War, the state was in the spotlight and was the first to secede from the Union in 1861. Today, South Carolina is one of the most developed states of the country and has many textile and other mills.

South Carolina covers an area of 32,020 square miles and shares its borders with North Carolina to the north, Georgia to the south and west and the Atlantic Ocean to the east. Composed of five geographic areas, South Carolina comprises a subtropical coniferous forest biome. Some of the major lakes found in the state are Lake Marion, Lake Strom Thurmond, Lake Moultrie, Lake Hartwell, and Lake Murray, to name a few. With a height of 3,560 feet, Sassafras Mountain is the highest point in the state. Some of the animals native to South Carolina are bats, beavers, black bears, coyotes, deer, and grey foxes, among others. South Carolina has a humid subtropical climate.