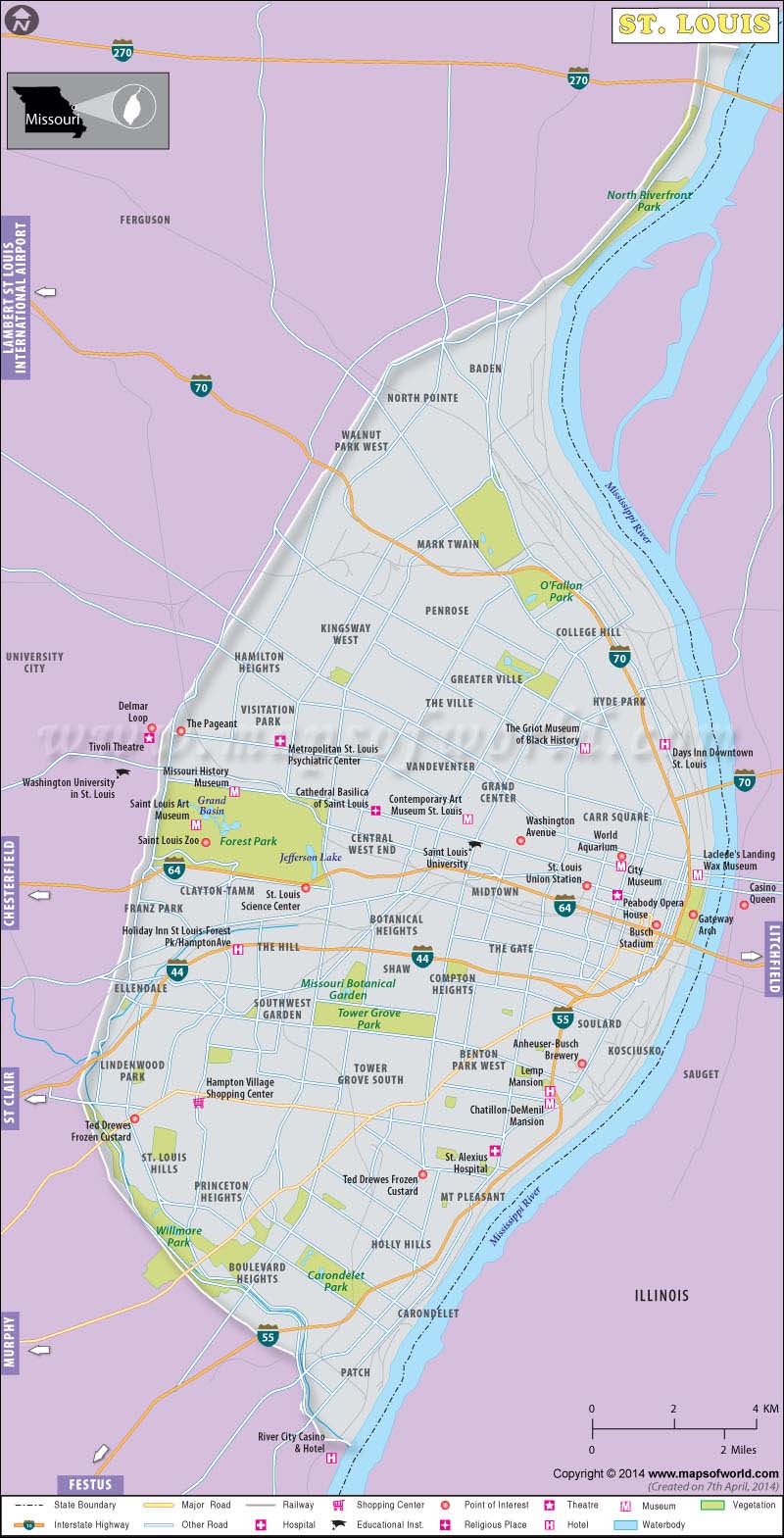 St. Louis is a city in the U.S state of Missouri. Before the arrival of French explorers in 1673, the city was a major center of the Mississippian mound builders. It was chosen as the capital of Upper Louisiana in 1765. In 1803, the United States acquired the city from France. On December 9, 1822, it was incorporated as a city.

By 1850s, St. Louis became the largest U.S. city west of Pittsburgh and the second-largest port in the country. The city was separated from St. Louis County and become an independent city on July 4, 1876. The city known by various nicknames, including the "Gateway City", "Gateway to the West" and "Mound City" grew during the 19th and 20th centuries. Being one of the most historic cities in the United States, St. Louis is the largest metropolis in Missouri and the 18th largest Metropolis in the country.


Transportation in St. Louis:
Lambert-St. Louis International Airport and MidAmerica St. Louis Airport serve the city. Metrolink, bus system, light rail train system, passenger train service, streetcar system and trolley service are the forms of transportation in the city. Interstate highways like I-70, I-55, I-44, I-64, I-255, I-170 and I-270 and numerous state and county highways make the road system a well-built one.

Climate of St. Louis:
Summers have daily temperatures of between 57°F to 90°F (14°C to 32°C). By mid September things begin to cool down. This happens to be the best time of the year. Trees look fresh and green like never before. The brilliant shades of red and gold turn trees into spectacular sights.


Winter is slow in starting. Snow fall can be expected only when winter sets in comfortably. There is a good amount of snow fall by the end of December. Several snow falls can be witnessed in the months of January and February. The region has an average snow fall of about 20 inches per year. Snow falls is often replaced by ice storms. But the best thing about winters in St Louis is that it doesn't last long. Warming trends can be felt a couple of weeks after a major snow storm. Winter temperatures range from below 32°F to 55°F (0°C to 13°C).