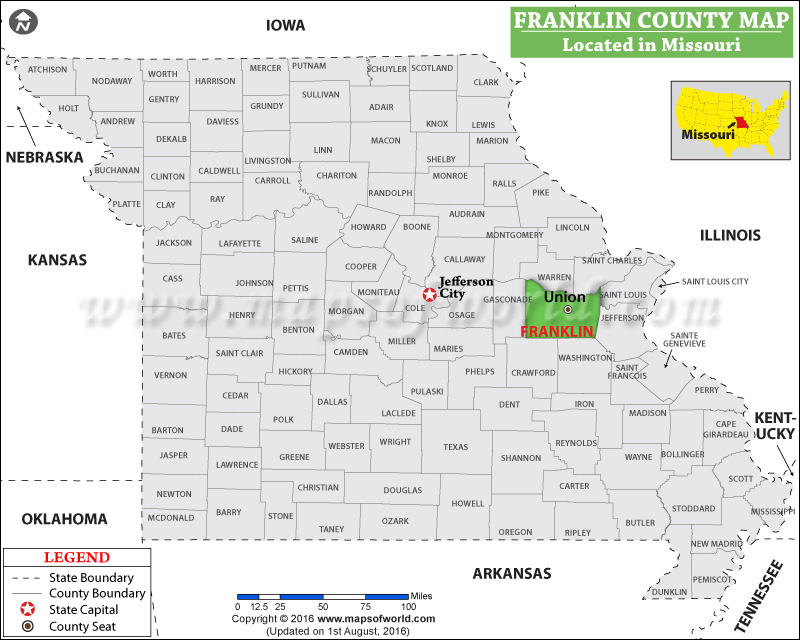 Formed on November 28, 1883, Franklin County is located in southeastern Washington. Spanning an area of 1,242 square miles, the county is named after founding father Benjamin Franklin. The county seat and the largest city is Pasco. The city is one of three cities of Tri Cities region in Washington, the other two being Richland and Kennewick in Benton County. While the Columbia River delineates its western border, the Snake River marks much of its eastern border.

Mesa, Kahlotus, and Connell are other notable settlements in Franklin County. Pasco Farmers Market and more regional festivals in summer or early autumn draw in large number of crowds in the area. Interstate 182, US 12, US 395, and SR 260 are major transportation corridors in the county. Tri-Cities Airport (PSC) is served by direct flights to and from major cities in the Western United States. Pasco Intermodal Train Station is a stop on Amtrak’s Empire Builder route. Palouse Falls State Park, Crazy Moose Casino, Chiawana Park, Franklin County Historical Museum, and Juniper Dunes Wilderness are major attractions in the region.