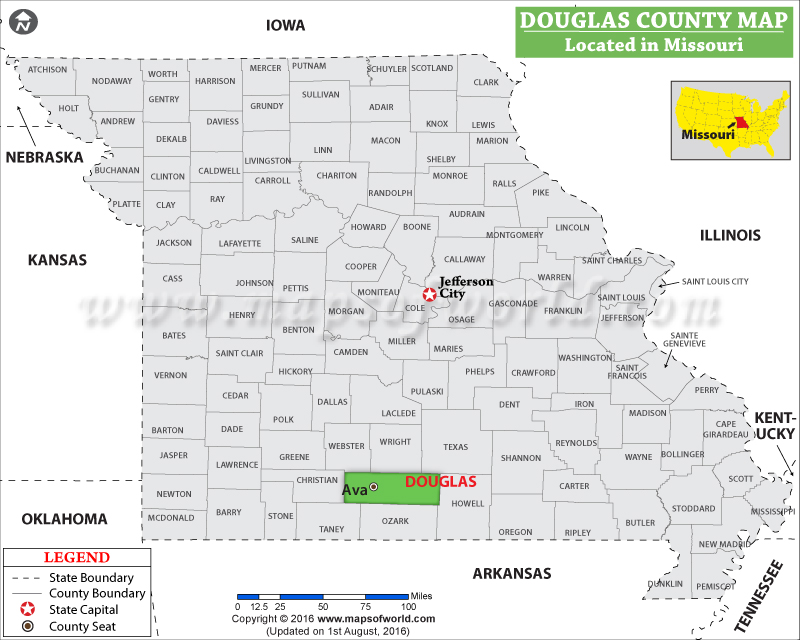 Douglas County is located in central Washington. Established on November 28, 1883, the county spans an area of 1,820 square miles. The county seat is Waterville and the largest settlement in the county is East Wenatchee Bench, which is an unincorporated community. The city of East Wenatchee is the main commercial center. Elevations in the county range between 600 feet near the Columbia River and over 4,000 feet on Badger Mountain. While irrigated orchards cover the lower elevations, dry-land farming extend across the upland areas.

Rocky Reach Dam, Rock Island Dam, Wells Dam, and Grand Coulee Dam are the hydroelectric dams located on the Columbia River. The Grand Coulee Dam produces more hydroelectric power than any other dam in the United States. The city of Bridgeport lies about 1.5 miles downstream from Chief Joseph Dam, which is a popular recreational tourism destination. U.S. Route 2 and U.S. Route 97 are primary corridors in the county. East Wenatchee, along the banks of the Columbia River, is served by Amtrak’s Empire Builder route.