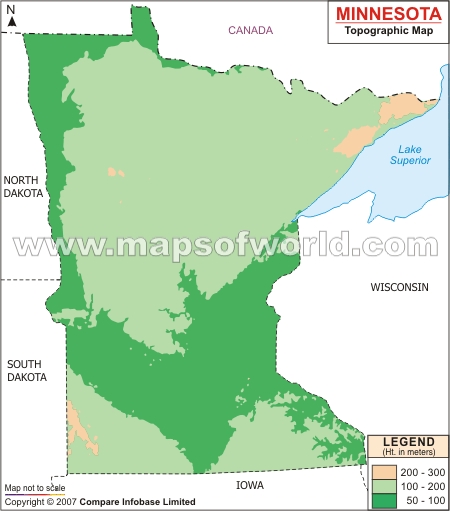 The wetlands, lakes and rivers of Minnesota counts for more than 15, 000. While Leech Lake of Minnesota encompasses a total of 456 sq km, the Lower and Upper Red Lake covers 1168 sq km. Mille Lacs of Minnesota runs over an area of 536 sq km. Being one of the prime drainage facilitator, Red River of the North flows towards the Canada state. Lake Superior, being the lowest elevation point of the state, flows over a total area of 5729 sq km. Twin Cities is the place where the Minnesota river meets river Mississippi intersecting the south of the state.