Arizona state is made up of 15 counties. The Cococino County is the biggest county of the state. Phoenix, the biggest city and capital of Arizona, is located in Maricopa County. 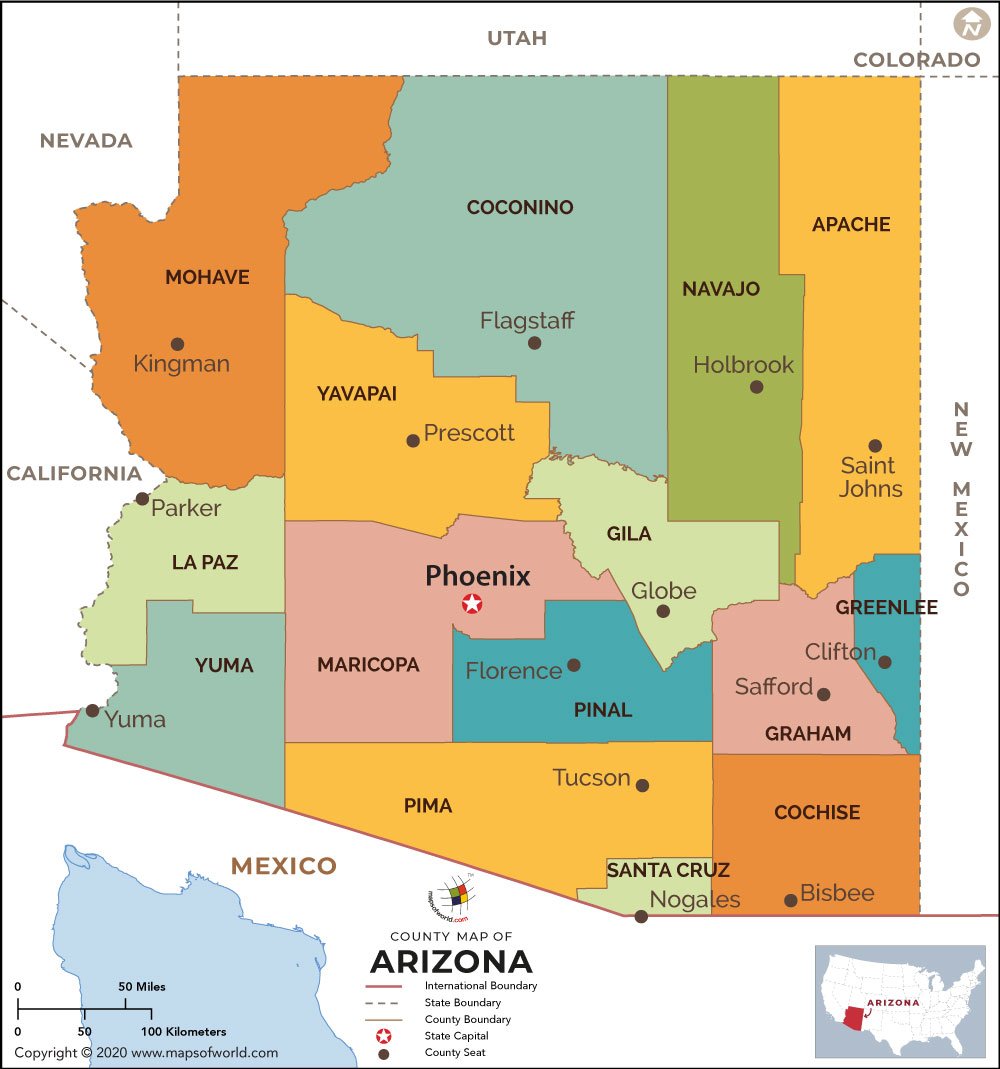 The state of Arizona is divided into administrative divisions named as counties. Till 1983, the state housed 15 counties, varying in area from 18,661 square miles (48,330 km2) to 1,238 square miles (3,210 km2). This Arizona county map will show the various counties in the state with their respective county seats.

Map of Where the Tornado hit in Alabama

Where is Arizona on the Map?

Blank Map of Arizona with Capital

Largest Cities in Arizona by Population