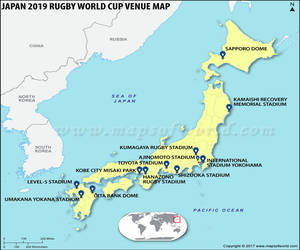 in over 120 countries throughout the world, the game has a rich history and tradition. It is a continuous game in which two rugby teams of fifteen players each carry, pass and kick the rugby ball, scoring maximum points to become the winner. The rugby players take the rugby ball to the opposition territory and place it in the end zone to gain the points.

There are also modified versions of rugby in Australia. The Australian rugby includes Wella rugby, Mini rugby and Midi rugby. Women’s rugby is also very popular. Rugby is played both as a 15-a-side game and seven-a-side. Ten-a-side and touch rugby are the other lesser-played versions of the game. In senior rugby and under 19s, 15 people play at a time per side. Players are divided into two categories such as forwards and backs. The members of the first group that consist of the first eight players are called the forwards or the pack and the members that consist of the remaining 9 to 15 rugby players are called the backs.

Scoring occurs either by achieving a try or a goal. A try is scored when a player places the ball in the opponent’s in-goal area. According to the rugby rules, a try is counted as five points and can gain 2 more points with a successful place kick or drop kick. A drop kick in general play and a penalty kick are worth 3 points. It initiates a ban on passing the rugby ball forwards, so that rugby players can gain ground only by running with the ball or by kicking it. The rugby game with a continuous flow has a constant competition for the rugby ball at the breakdown. These are called Rucks and Mauls.

The rugby is perceived as a rough game and wearing most types of padding and helmets is considered illegal. The rugby players often wear mouth guards and tape down their ears to prevent cauliflower ear.