Lakes, rivers, streams, and their directional flow are prominently marked on the New Jersey River Map. New Jersey has several lakes. The major ones are Lake Mopatcong, Greenwood Lake, Round… 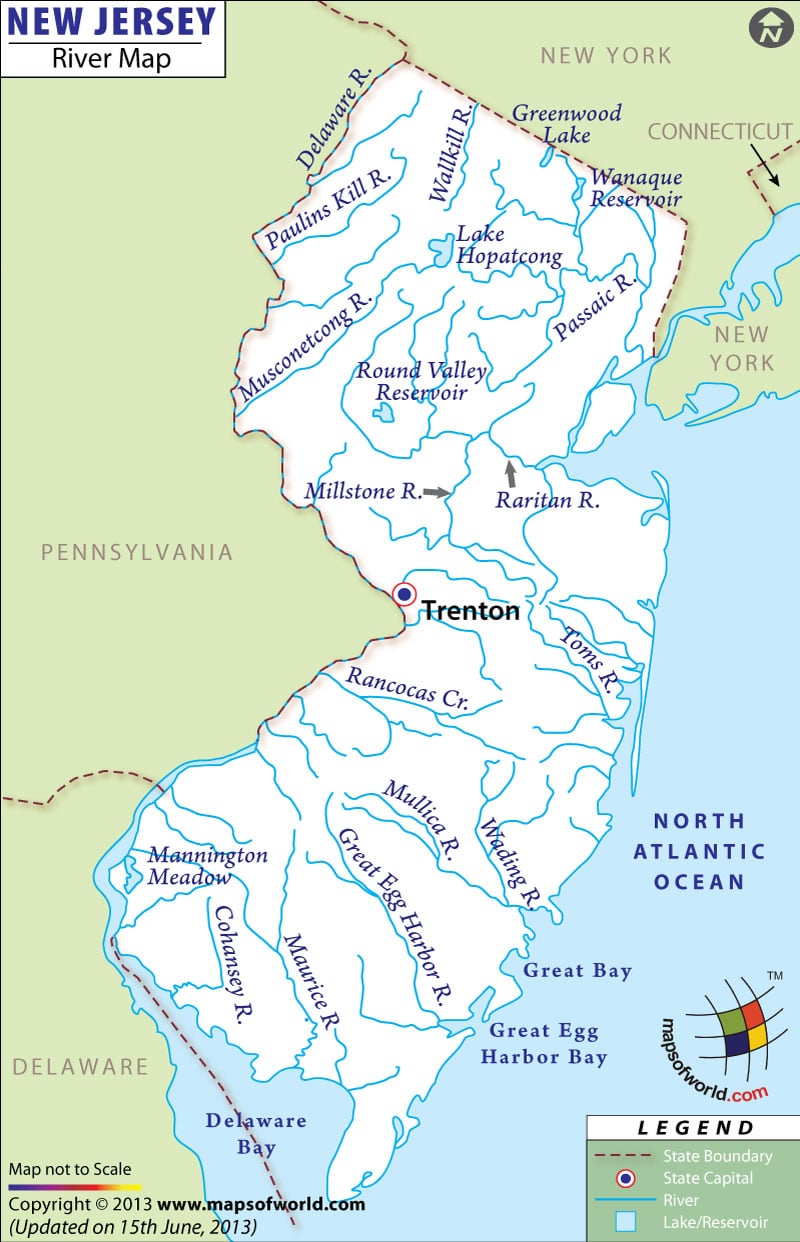 Lakes, rivers, streams, and their directional flow are prominently marked on the New Jersey River Map.

Many rivers flow through the state, most notably, the Hudson and the Delaware. The Delaware River flows along the boundaries of Pennsylvania, Raritan, Hackensack, and Passaic. Pequest River flows through the northwestern region, as well as, Big Flatbrook River that empties into the Delaware in Flatbrookville. New Jersey’s northern region contains another well-known river, the Ramapo, and the Musconetcong, popularly referred to as the Musky. Great Egg Harbor River, Cohansey River, Rancocas Creek, Passaic River, Paulins Kill River, Wallkill River, Wading River, Toms River, and Millstone River are also important rivers in New Jersey.