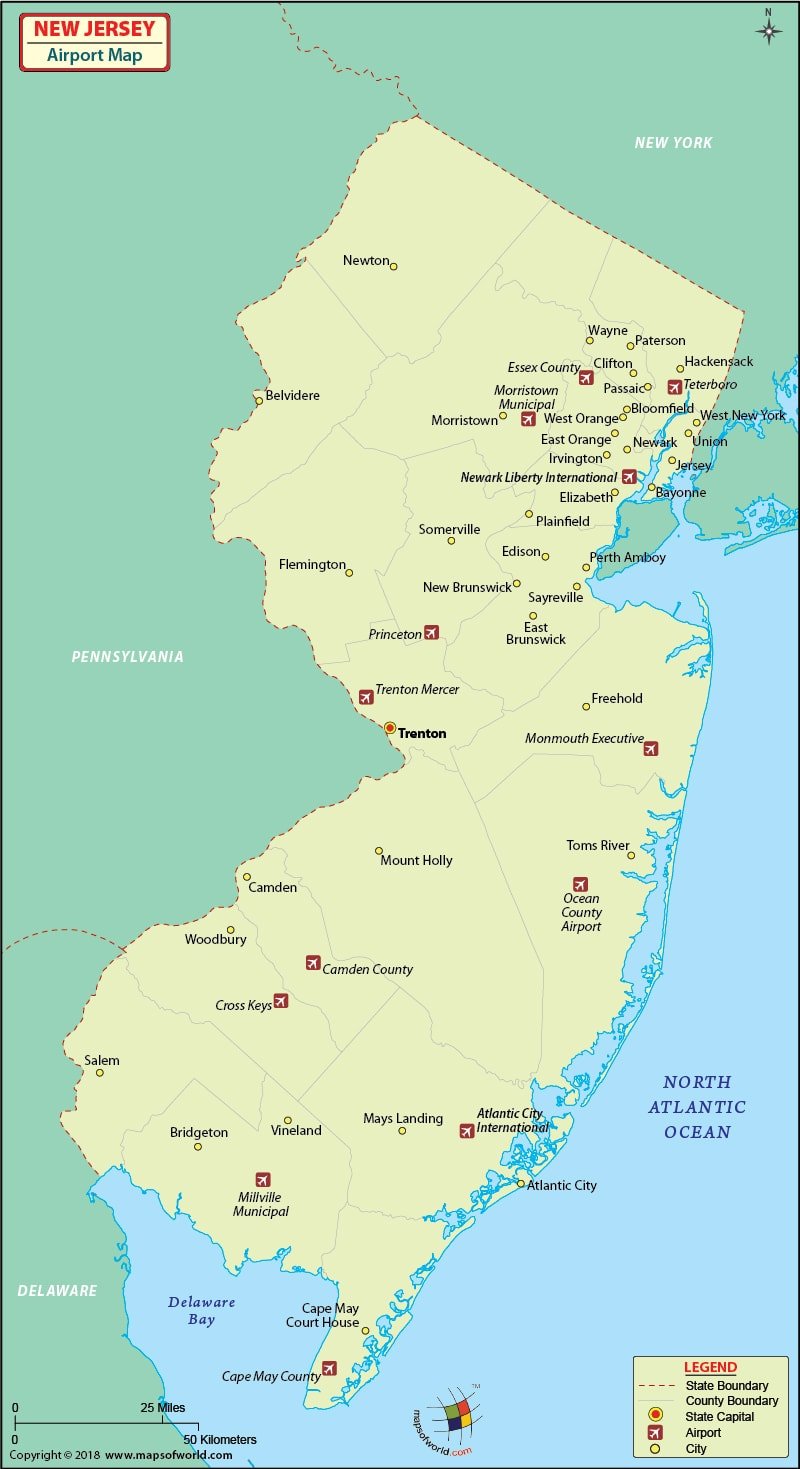 The Atlantic City International Airport in Atlantic City receives more than a million passengers annually. The airport is disability-friendly and gives top priority to customer satisfaction. Therefore, it has a customer service booth. The amenities available at this airport of New Jersey are newspaper and gift shops, snack bars, ATMs, and easy access to car rental agencies within the airport. The airlines that serve this airport are:

You can book your airline tickets online with these New Jersey Airports. Some of the airlines offer discounts and special fares for booking their tickets online.

The important airports in New Jersey are in:

Here’s a look at the details about some of the most popular airports in New Jersey: