What is the Population of Idaho - Answers 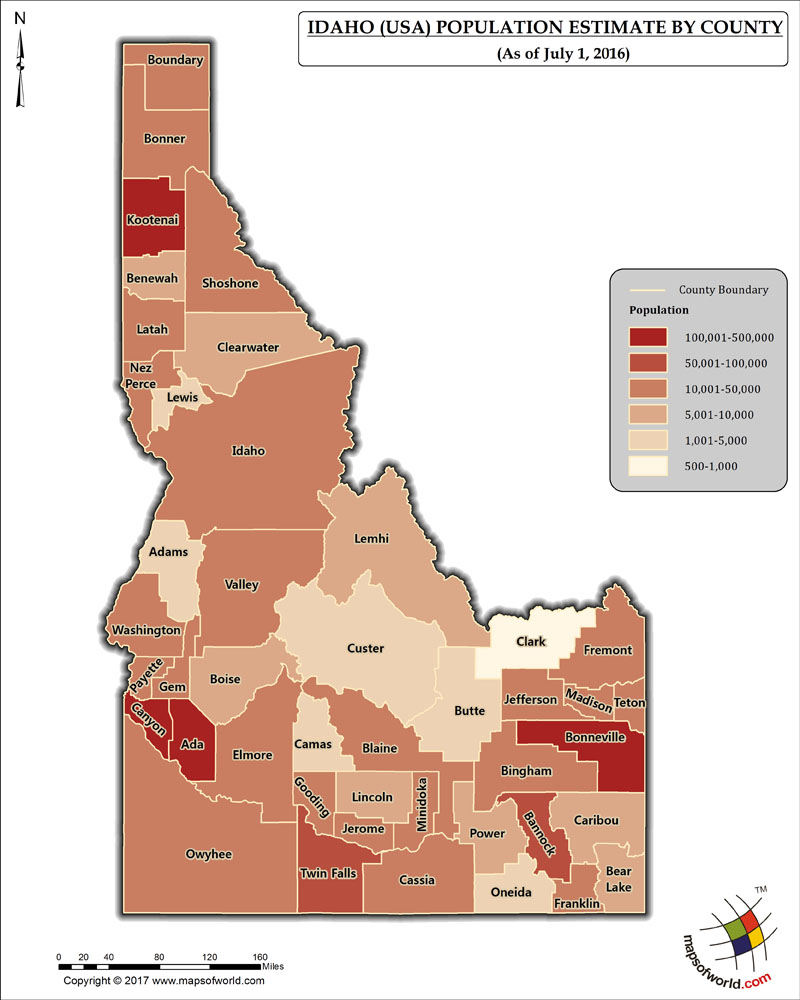 The Population of Idaho, which has 44 Counties, as per July 1st, 2016 estimate, is 1,683,140 (One million six hundred eighty-three thousand one hundred forty). The last official US Government census was done in 2010, and the population as per that census was 1,567,582 (One million five hundred sixty-seven thousand five hundred eighty-two). Here is a compilation of county-wise population data for the state in tabular format: