The Delaware Airport, a public airport of Delaware, offers flight-training programs to students in affiliation with the Delaware State University. Airports in Delaware The Delaware airports provide hangar facilities and… 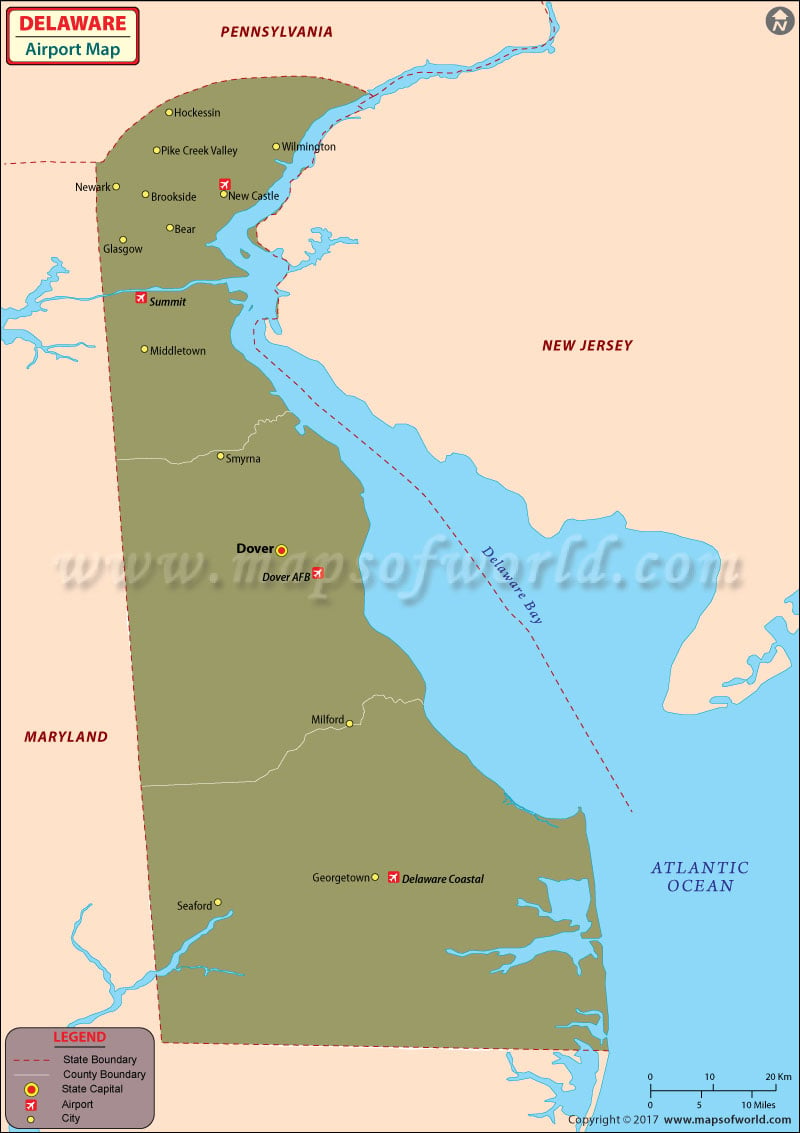 The Delaware Airport, a public airport of Delaware, offers flight-training programs to students in affiliation with the Delaware State University.

The Delaware airports provide hangar facilities and areas for private fliers to park and service their planes. Airports in Delaware are well maintained and have the latest in technology, and employ helpful staff to make traveling easy and utmost comfortable.

The other airports in Delaware are in Dover, Georgetown, Farmington, Wyoming, Smyrna, Felton, Middletown, and Laurel. Delaware is connected to the other states through a network of airlines, many of which provide online booking for their tickets. Here,s a look at some of the finest airports in Delaware:

Maps of Major Airports in Delaware