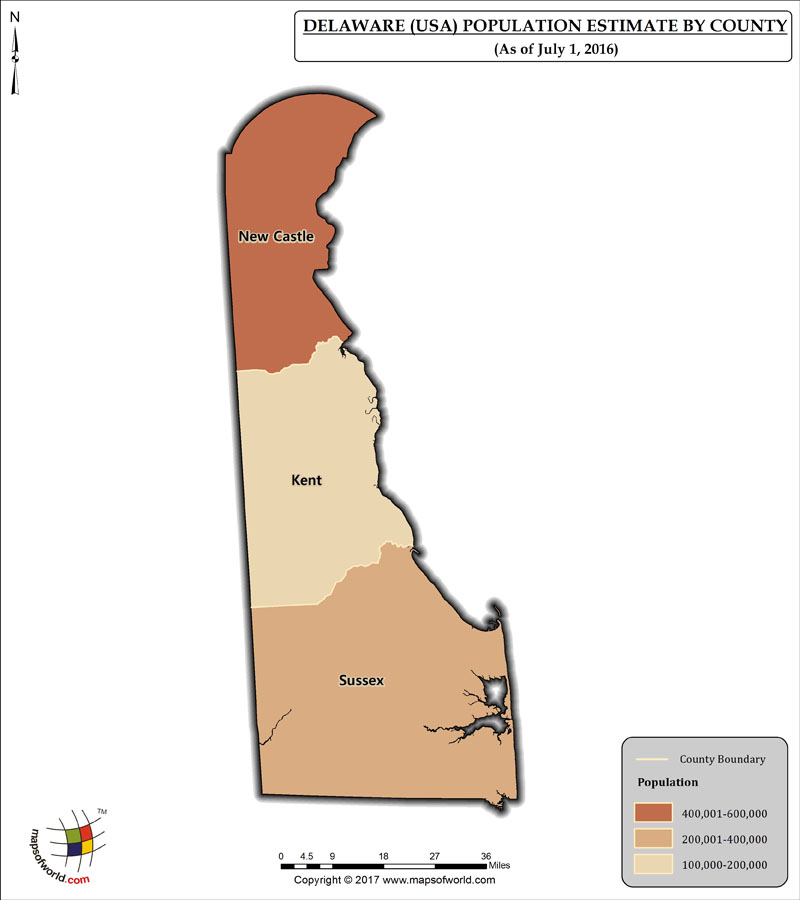 Historic towns, unique museums, languid beaches, and friendly communities – the Diamond State has it all. Wilmington is the largest city in the state, and despite being small in size, Delaware is rich in natural beauty and caters to adventure enthusiasts. The Population of Delaware, which has 3 Counties, as per July 1st, 2016 estimate, is 952,065 (Nine hundred fifty-two thousand sixty-five). The last official US Government census was done in 2010, and the population as per that census was 897,934 (Eight hundred ninety-seven thousand nine hundred thirty-four). Here is a compilation of county-wise population data for the state in tabular format: