With Russia being the country to cover the most area in the world, it is hardly a surprise that the cuisine here is extremely diverse. The foundation of Russian eating habits is derived from the peasant culture. The food includes fish, poultry, mushrooms, honey and berries. Crops like wheat, rye, barley and millet also played an important role, serving as ingredients for various types of breads, cereals, beer and vodka.

Russian cuisine is seen to contain a lot of meat and fish. Among vegetables used are potato, cabbage and cold greens.

Russia has various forms of music, which evolved through the rich and culturally diverse history of the nation. The music here is a mix of extremes, ranging from ritual folk songs to sacred notes of the Russian Orthodox Church. The world renowned Russian Classical Music came into being in the 19th century. The 20th century saw the rise of several composers such as Igor Stravinsky and also the modern forms of music including Russian rock and Russian pop.

Russian art is a kaleidoscope of icon painting, classical, realist, and modern painting. Icon painting is typically done on icons made of wood, generally small but some churches have pretty large and elaborate paintings done as well. Religious symbolism is associated with this form of art, which made its way into Russia around 988 AD. By the mid-seventeenth century, a split in religious beliefs led to the practice being discontinued by several religious sub-groups of the Orthodox church.

Russian classical painting was at its peak in the early 19th century with neoclassicism and romanticism flourishing under the guidance of the Russian Academy of Arts, which was founded in 1757. Notable artists from this academy Ivan Argunov and Vladimir Borovikovsky. The focus of this art form was on Biblical and mythological themes.

By the 19th century, realism had begun earning popularity among the artists of Russia. The themes commonly captured in Russian realist paintings were landscapes of forests and rivers, as well as social criticism which gave an honest portrait of the social conditions of the-then Russia. Some others shifted their focus to critical realism and also the important moments in Russian history. Notable artists from this period are Ivan Shishkin, Isaac Levitan, Arkhip Kuindzi among others.

Russian avant-garde is the term given to the wave of modernist art that took over Russia from the period of 1890-1930 approximately. This includes neo-primitivism, constructivism, suprematism, futurism and rayonism. Notable avant-garde artists include El Lissitzky, Kazimir Malevich and Vladimir Tatlin. 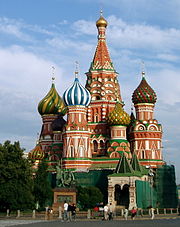 The 18th century saw the advent of rococo architecture and with it, the marvels of Bartolomeo Rastrelli. Neoclassicism also flourished during this period. By the 19th century, the dominant architectural forms were byzantine and Russian revival. Art Noveau, constructivism and the Stalin Empire Style took prominence.

Literature
Reflecting its history, literature in U.S.A. has two distinct segments, one of the colonial era writings and the other of the post-Revolutionary writings when the evolution of American poetry, fiction and drama began. Nine Americans have been awarded the Nobel Prize for Literature they are Sinclair Lewis, Eugene O'Neill, Pearl Buck, William Faulkner, Ernest Hemingway, John Steinbeck, Saul Bellow, Issac Bashevis Singer and Toni Morrison.

Russian cinema is globally recognized and internationally acclaimed. The first cinema in Russia was brought in by the Lumiere brothers and the first film made in Russia was the coronation of Nicholas II at the Kremlin. Russia has given the world of cinema hits such as House of Fools, Brother and Night Watch. Nika Awards are the national annual film award in Russia.

Russia is one of the most accomplished countries in the field of sports, regularly finishing at top in the Olympic Games. Since the Helsinki Olympics of 1952, Russia has never gone below third place in the Olympic Games. The most popular games in Russia are basketball, bandy, football and ice hockey as well as weightlifting, gymnastics, boxing, martial arts, rugby union and skiing. Winter Olympics were held in Sochi in February, 2014.

The Russian economy ranks eighth in the world in terms of nominal value and sixth/fifth in terms of purchasing power parity. The Russian fiscal year is the same as the calendar year.

The main industries in Russia include a lot of mining and extracting activities of resources of coal, gas, oil and metals as well as machine building such as high performance aircraft and space vehicles, rolling mills etc. Also, manufacturing of advanced electronic components, road and rail transportation equipment, agricultural machinery, construction equipment form a major part of the local industries of Russia.

The fishing industry of Russia is the world’s fourth largest, tailing Japan, United States, and China. Also, Russian forests make up for more than one-fifth of the world’s entire forests, making it the largest forest nation on the planet.

Resources
Russia is abundant with natural resources such as oil, coal, gas and timber. The Ural Mountains are packed with natural resources, as are Siberia and the far east. However, the remoteness and climatically unfavorable conditions of these locations make it difficult to access and exploit the minerals to their full potential. Natural resources are the major export products of Russia.

Russia also has high reserves of diamonds, being the largest diamond producing nation in the world, contributing to 25% of the global diamond production.

International Trade
The export industry of Russia is estimated to be worth $285.5 billion (2016 est). The major goods that are exported from Russia are petroleum and petroleum products, metals, natural gas, wooden products as well as wood itself, and civilian and military manufactures.