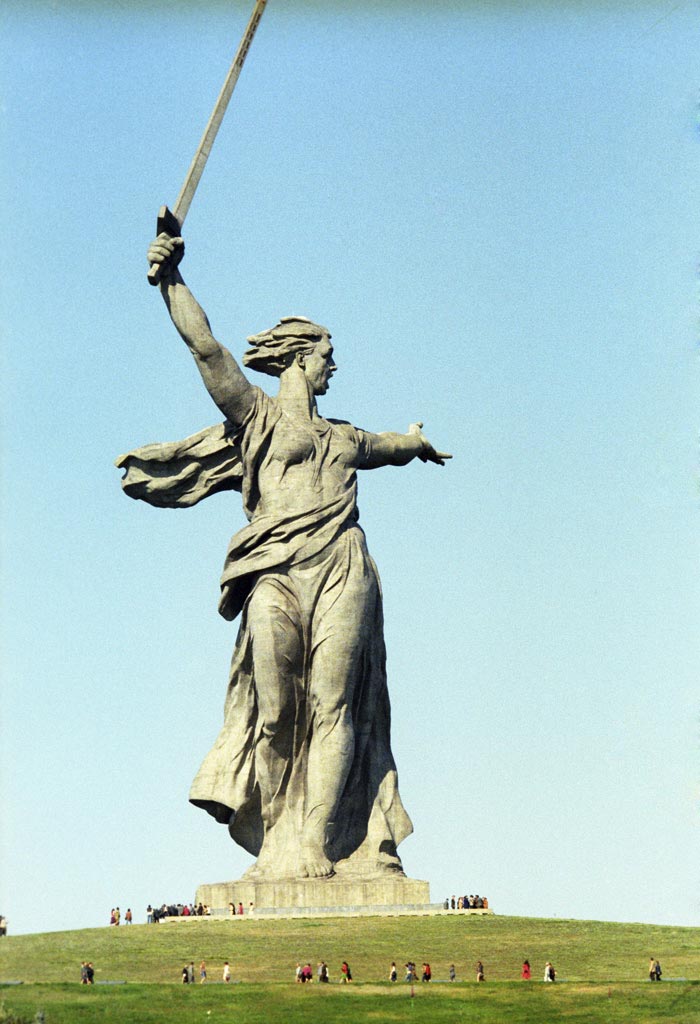 Russia is a land of snow and deadly winters, a fact known to almost everybody. However, it is also a land of rivers that meander across meadows and a midsummer sun that never sets. Its people love to party and can be very generous and hospitable.

One can explore Russia’s landscape through some of the most beautiful waterways found in the country through an adventurous river rafting tour. If somebody prefers wildlife tours, then there are exciting jeep tours to the Republic of Sakha in Yakutia. This has got the largest hunting grounds in Russia. It also has a high population of brown bears.

Besides, Moscow and St. Petersburg have an abundance of museums and art galleries. Russia also consists of some of the oldest lakes in the world, such as Lake Baikal, which is estimated to be around 25-30 million years old. Winters in Russia are very bitter, but it is at this time that the country becomes more adorable. In winters, Russia is covered in snow and the lakes are covered with a dense layer of ice. These are the best and most favorable conditions for those who are fascinated by winter adventures like skiing, snowboarding, ice-diving, and ice-skating. In the evenings one can make oneself comfortable with some of the most lip-smacking Russian cuisine in delightful restaurants. Some of the other areas of sightseeing involve the renowned Russian attractions such as The Kremlin,
St. Basil’s Cathedral, Red Square with the State Historical Museum, the KGB Museum, the Moscow Circus, etc. Russia’s very own St. Petersburg is a masterpiece of 18th century design. Some buildings such as the Winter Palace and the Hermitage are laden with canals and broad boulevards. Some of Russia’s natural attractions such as the Black Sea, Siberia, and Lake Baikal are truly awe-inspiring

Other airlines of Russia with international flights include the Ural Airlines and the S7 Airlines. The foreign airlines with flights to Russia include Air Berlin, Austrian Airlines, British Airways, EgyptAir, Eurofly, Niki, Qatar Airways, Singapore Airlines, Thai Airways International, etc. Moscow and St. Petersburg are the cities in Russia, where the tourists are likely to arrive by plane. A plane journey provides the fastest and most comfortable way of getting to Russia.

Train
Reaching Russia is also possible by train from some of the neighboring countries of Russia. If you want to reach Russia from China, then the Trans-Siberian Railway would make it possible for you. The same train connects Mongolia to Russia. Some of the other countries from where you can get to Russia by train include Germany, Poland, Hungary, Finland, etc.

Car
You can also reach Russia by car, but it is not advisable. You may cross the border by driving, but in this case you are most likely to be harassed by the border officials. The end result would be that you may be allowed to enter Russia, but poorer by large amounts of money. The officials would not allow you to move on till you bribe them. The journey could also be dangerous, particularly if you do not speak much of Russian. It is better to reach Russia by train or plane than by car.

Bus
Eurolines operate buses to Russia from its neighboring countries like Poland, Germany, Finland, etc. While getting to Russia by bus, you are likely to reach the city of Moscow or St. Petersburg.

Boat
One can also reach Russia from Turkey by boat. Ferries are available which would take you from Trabzon in Turkey, to Sochi in Russia. Ferries can also be availed of from countries like Japan, Korea, Georgia, and Ukraine.

The major airlines operating domestic flights in Russia include the national airlines of Russia, Aeroflot-Russian Airlines, the Ural Airlines, and the S7 Airlines. The Aeroflot-Russian Airlines connect almost all parts of the country. As Russia is a large country, it would be logical to take a domestic flight if you are traveling long distance, within the country. Transport in Russia by train, for long distances, would take much longer time and would also be tiring.

Cars
If you don’t speak Russian and are from a country where the roads are a driver’s paradise, then it would be difficult for you adjust to the driving conditions in Russia. The roads are not well maintained and most of the places in the cities remain un-marked. Getting acquainted with all the traffic rules in Russia is impossible for a tourist and you are likely to be caught for breaking any one of them. It would be better if you let a Russian acquaintance drive rather than doing it yourself.

Train
Besides the planes, the trains are a very popular way of getting around Russia. The rail network is extensive and traverses the length and breadth of the country. The fare for the journey depends on the destination and the type of train.

Bus
There are numerous bus services which ply to almost all parts of the country. Some parts of Russia are not accessible by train. Thus, buses are the only way of reaching them. Some of the drawbacks include chaos at stations and poor standard of the buses. The bus journey is likely to be more uncomfortable than the train journeys.

The best time to visit Russia is from the month of July to August that are the warmest months and the main holiday season. If some tourists do not want the crowd, then May-June or September-early-October is the best time. In the early autumn the leaves tend to fall and one can pick mushrooms and berries. Although winter is very bitter in Russia, it is at this time that theaters open, vodka flows throughout the country, buildings are warm, and the snow is beautiful. Spring is slushy and muddy.

Having made the decision, travelers are advised not to pay a trip to Chechnya, Dagestan, and the neighboring Ingushetia because military clashes, kidnapping of aid workers and foreigners, violent crimes, and muggings are prevalent in these parts of the country. Other areas of concern include North Ossetia, Stavropol, Karachayevo-Cherkessiya, and Kabardino-Balkariya. Events in all these places change rapidly. In other words, consular support regarding these destinations is almost non-existent. Even the Russian authorities have warned tourists about the possibility of terrorist attacks in these parts of Russia.

Things To Do In Russia

The Russians play all kinds of sports including basketball, volleyball, football, tennis, table tennis, boxing, skiing, hockey, skating, etc. The girls in Russia indulge in sporting activities like gymnastics, figure-skating, etc. The tourists in Russia are likely to get ample of opportunities to take part in all the sporting activities mentioned. You can also try out water sports like swimming, diving, canoeing, etc. Fishing is also one of the ways of spending leisure time in Russia.

The tourists can visit the various yoga centers, gyms, etc., located in the capital city of Moscow. There are numerous theaters in the country which would give a very good idea of what traditional Russian cinema is all about. Some of the theaters in Moscow, show English movies, with Russian subtitles. You could also pay a visit to the casinos and bowling clubs located in Moscow.

For your entertainment, you could also experience and participate in the nightlife of the country. There are bars, discos, nightclubs, etc. where you can hang out in Russia. You could also pay a visit to the Russian circuses once you are in the country. Exhibition halls and golf clubs also contribute to the leisure time of the tourists in Russia. Some of the popular nightclubs in Russia are listed below:

Your entertainment remains incomplete if you miss the ballet performances in Russia. Russia ballet dancers are quite famous throughout the world. Some of them include Anna Pavlovna and Tchaikovsky. The ballet dancers would ensure your time of leisure and entertainment in Russia by performing ballet versions of classics like Romeo & Juliet. Moscow and St. Petersburg are two of the places where the best of the ballet shows in Russia are held. The numerous bars, cafes, restaurants, etc., would also take care of the tourist’s entertainment. The cuisine offered by some of the top restaurants located in the cities of Moscow and St. Petersburg, include Chinese, Italian, Japanese and quite obviously, Russian cuisine. The food is largely non-vegetarian, but the vegetarians also get numerous wonderful options to choose from.

Shopping is another activity which would, no doubt, contribute to your leisure. The bigger shops in Russia, accept well known credit cards. The shops in Russia offer to the tourists, various articles which would act as good memorabilia for your Russian holiday. There are supermarkets and department stores which cater to the needs of both the locals and the tourists. Some of the items which you could purchase include crystal balls, leather bags, sweaters, and jewelry. The tourists in Russia could also visit the following places of interest to complete the experience of leisure in Russia: