By area, Vermont is the 45th largest state in the United States. VT comprises 14 counties. The biggest county is Chittenden By population, and the largest county is Windsor by size. Capital city Montpelier serves as the county seat of Washington County. Only two counties Lamoille and Washington are completely surrounded by VT territory. 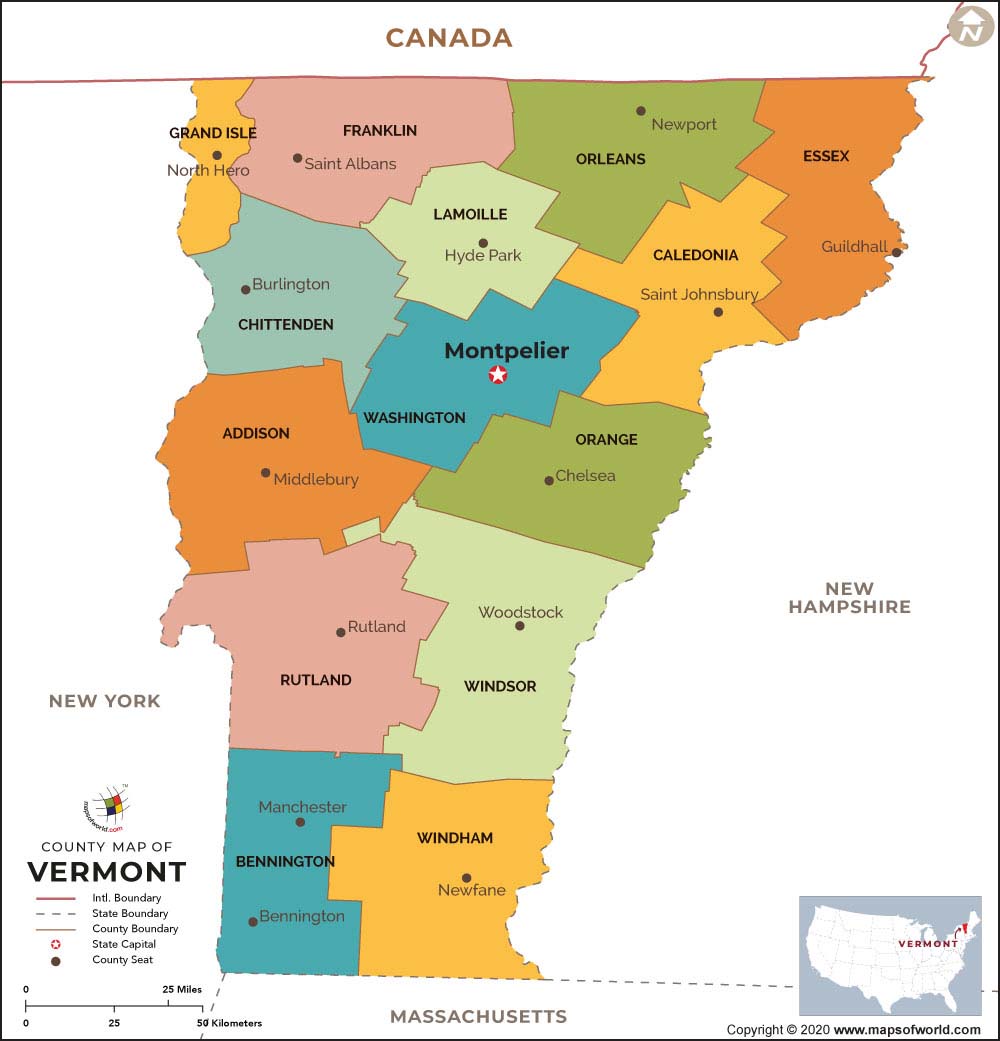 Description: The map shows the location and boundaries of all the 14 counties in Vermont state of USA.
0
FacebookTwitterPinterestEmail

The state of Vermont is situated in the New England Region of the U.S. The state covers a total area of 9,620 sq miles and by area, it ranks as the 45th biggest state in the country.

Vermont is a small state in the northeastern part of the U.S. It edges Massachusetts, New Hampshire, Quebec in Canada, and New York. A Vermont County Map demonstrates all the 14 counties in Vermont.

At present, the state of VT consists of 14 counties. The counties in Vermont house 255 political divisions, incorporating nine cities, 237 towns, four gores, and five unincorporated places. Every county in the state of VT is governed by their respective county seats, called as shire towns. Montpelier, the capital of the state, is the shire town of Washington County. Washington County was previously named as Jefferson County. Given below are the names of the counties in Vermont and major details associated with them:

Latitude and Longitude of Vermont

Where is Vermont on the Map