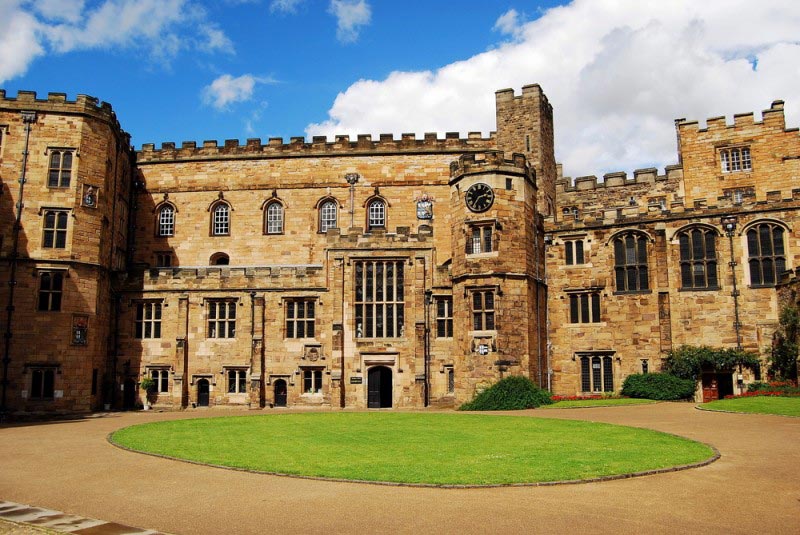 Durham Castle is a Norman castle located in northeast England in the United Kingdom. Built under the order of William the Conqueror beginning in 1072, the castle now houses University College of Durham.

After the Norman Conquest of England in 1066, the Normans sought to show their power in northern England and protect themselves from local threats, as well as invasions from the Scots and Danes. This castle was built to house the Bishop of Durham, who would follow orders from the king from the castle. The Earl of Northumberland Waltheof supervised the construction until he rebelled against the king and was later executed in 1076. The Bishop of Durham, Walcher then took control, becoming the first Prince-Bishop of Durham, giving Durham a unique status. The castle was eventually donated to the University of Durham by Bishop Edward Maltby in 1837.

Major features of the castle include a motte (mound) and an inner and outer bailey (walled areas). Records are unclear as to whether the castle was first a wooden structure or stone. The tower was likely originally wood, but many buildings were made from stone. Also, there may have been an Anglo-Saxon structure there prior to the castle. The relics and remains of three saints can be found at the castle.

Since 1840, Durham Castle has been home to University College, Durham. The general public can take tours of Durham Castle, and about 100 students reside in the castle dorms. The Great Hall serves as a dining area. The castle also holds the library, conference rooms, offices, and other school facilities.

Where is Durham Castle?

The castle is located atop a hill, overlooking the River Wear on Durham’s peninsula in North East England. The castle is situated across from Durham Cathedral. Visitors can arrive at the castle easily by car or train from London, York, and many other major English cities. The Cathedral Bus runs from the train station to the cathedral and castle.

England is a country that is notorious for being rainy. The warmest and driest weather occurs during the summer from May through September.