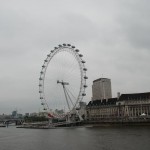 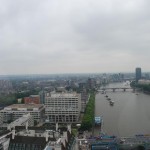 Views from the London Eye 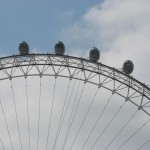 Close up of the London Eye 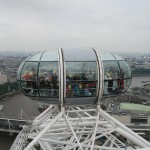 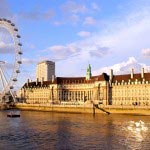 A Picture of County Hall and London Eye on River Thames, in England(UK)

The British Airways London Eye is a massive Observation Wheel, which is located strategically on the picturesque south bank of the legendary River Thames. The ethereal joy of soaring high above the city of London and the corresponding excitement of catching the panoramic views of one of the world’s greatest cities is like being in the seventh heaven.

This marvelous amusement center was the brainchild of the maverick husband-wife architectural team of David Marks and Julia Barfield who won one of the toughest competitions in the annals of contemporary London’s beautification project for the new millennium.

Prior to the construction of the London Eye, London was perceived as a city steeped in tradition and history and the stiff upper-lipped British behavioral trait didn’t win the hearts of tourists and visitors. The city planners and administrators were bent on show casing London in a more contemporary fashion and credit goes to their pioneering zeal. Today, this astonishing observation wheel is a symbol of London’s modern face.

As you step into any of the 32 compact, air-conditioned passenger cabins or capsules and begin your voyage to the higher realms of London, there is a feeling of expansion within you and if the weather is clear and sunny, you are sure to see breathtaking views of the city of London.

The Parliament House, the grand Buckingham Palace and the up-coming Canary Wharf to the east all appear before your eyes in a stunning display of aerial splendor, which is unparalleled to say in the least.

The impact of London Eye was such that it became an instant hit with not only the tourist and visitors but also with the world of entertainment.

There are three designer flights available – Standard Flight, Discovery Flight and Fast Track Flight. If you apt for the Standard Flight, you have to be there at least 40 minutes before the commencement of flight and the flight duration is 30 minutes. In case of Discovery Flight, you are provided with a knowledgeable guide who not only helps you trace the important London landmarks like Buckingham Palace, St. Paul’s Cathedral, etc but also provides with a fascinating insight about how the London Eye was assembled and put together. The Fast Track Flight is the most exclusive of all flights, complete with express check-in and boarding. You are also provided with an informative guide book while children receive an exclusive in-flight pack with an attractive guide and a pair of binoculars.

The London Eye becomes the hot spot of London particularly during the New Year’s Eve with state of the art pyrotechnics, laser and projection effects. The countdown to midnight commences with a spectacular fire works display, which bathes the entire area with effulgent lights. 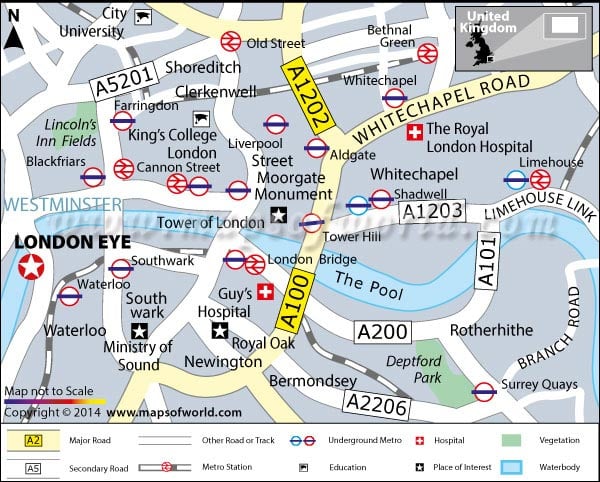 Facts about The London Eye

Where is The London Eye?

London Eye is located in the Jubilee Gardens and is part of the South Bank area in London. Westminster and Embankment are the nearest tube stations to the London Eye. The place is well connected by train and bus as well.

The London Eye is best visited on Christmas and New Year’s eve. Summer otherwise is a good time to visit London in general. Westminster and Embankment are the nearest tube stations to the London Eye.

More on The London Eye