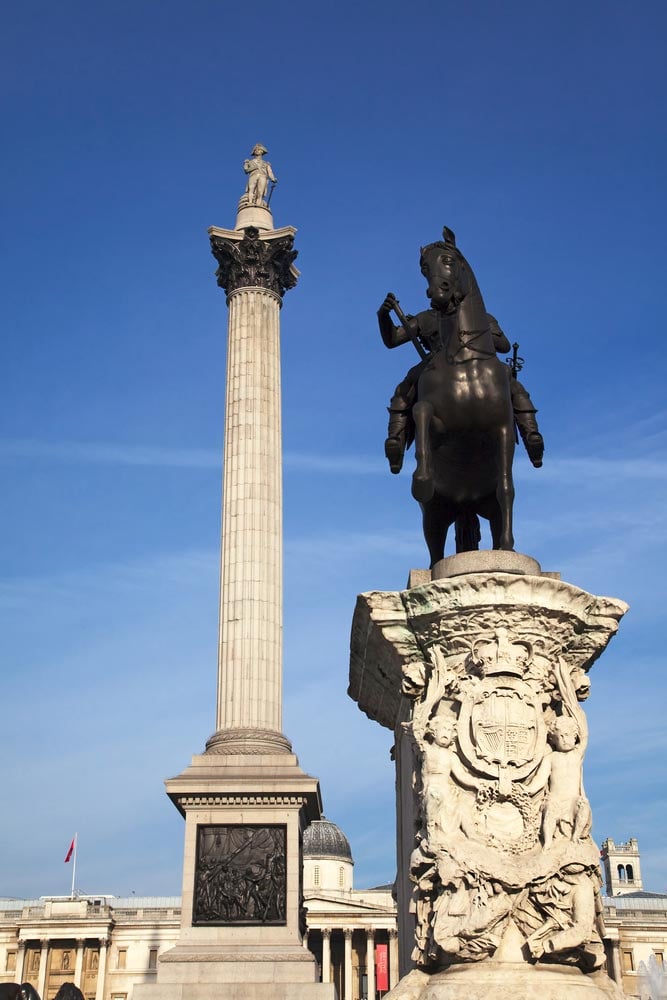 Nelson’s Column happens to be one of London’s most legendary monuments. The monument was built as a befitting tribute to Lord Nelson who was instrumental in Britain’s hard fought victory in the famous Battle of Trafalgar.

The monument was built in the year 1840 and towers to a height of 185 feet and is defended by four hefty lions at its base, which are made of bronze. The monument was designed by W. Railton and is similar to the column of the famous Corinthian temple – Mars Ultor of Rome.

Mr. Railton choose the Corinthian design for building this colossal monument primarily due to the fact that such a lofty and graceful column was never used in Britain. Also, it was felt that a monument of stupendous dimensions alone would be the best way to honor one of England’s legendary war heroes.

It is to be noted that Admiral Nelson had won not one, but four outstanding battles for his country and to achieve victory he had to pay the ultimate prize – death, during the Battle of Trafalgar. For building the monument, the finest varieties of Granite were brought from the coast of Devon. The figure of Admiral Nelson is made out of the rare variety of stone, which was gifted by the Duke of England. The pedestal is raised and the angles are made of massive blocks. From the pinnacle if one looks down, the quintessential hustle and bustle as also the colorful shops and restaurants dotting the Trafalgar Square make for a kaleidoscopic vignette. 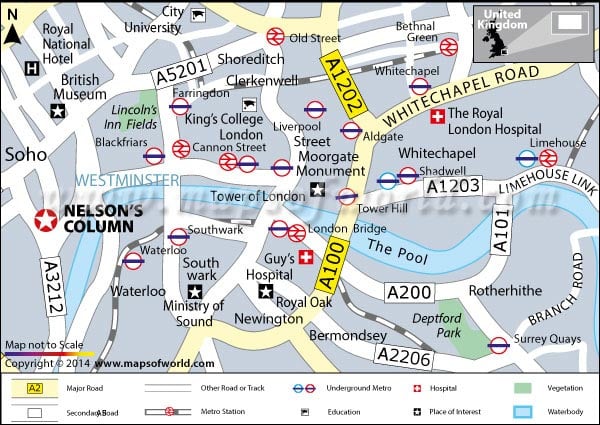 The cascading fountains, which were constructed much later in 1948, were designed by renowned British architect, Sir Edward Lutyens.

Where is Nelson's Column?

Nelson’s Column is strategically located at the center of the renowned Trafalgar Square in London. Charring Cross station is the nearest for those traveling by the tube.

It is best to visit during the wee hours of the morning when there is very little traffic and opportunities to photograph the column are the best.