Somalia political map can be referred to know about the country’s Gobolka boundaries and their capitals.The Somalia Africa map also marks the capital of the country with a red dot and… 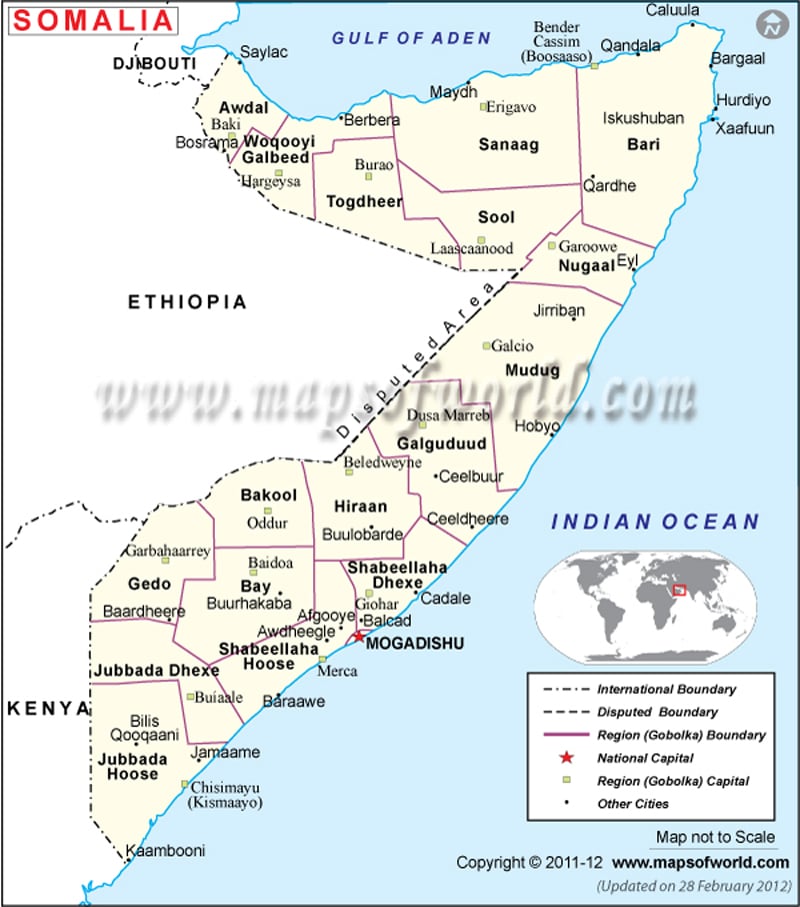 Somalia political map is a visual representation of the regional boundaries, which constitute the country of Somalia. The map features Gobolka capitals, major cities and the capital of the country. Somalia is located in the eastern part of the African continent. It shares its borders with Gulf of Eden and Indian Ocean as shown in the map of Somalia Africa. Mogadishu is the capital of Somalia.

Location and Geography of Somalia

The capital of Somalia is Mogadishu and is situated at an altitude of 28 meters. It is marked with a red dot on the online map of Somalia. The latitudinal and longitudinal extent of the city is 2° 4′ North and 45° 22′ East longitude respectively. The neighboring cities are El Uerega, Garas Balley, Colomat, Caddey and Dabandoob.

The green squares on the printable map of Somalia represent the Gobola capitals or the regional capitals. They are listed below: